Longford U-17 side in Leinster minor championship action against Westmeath 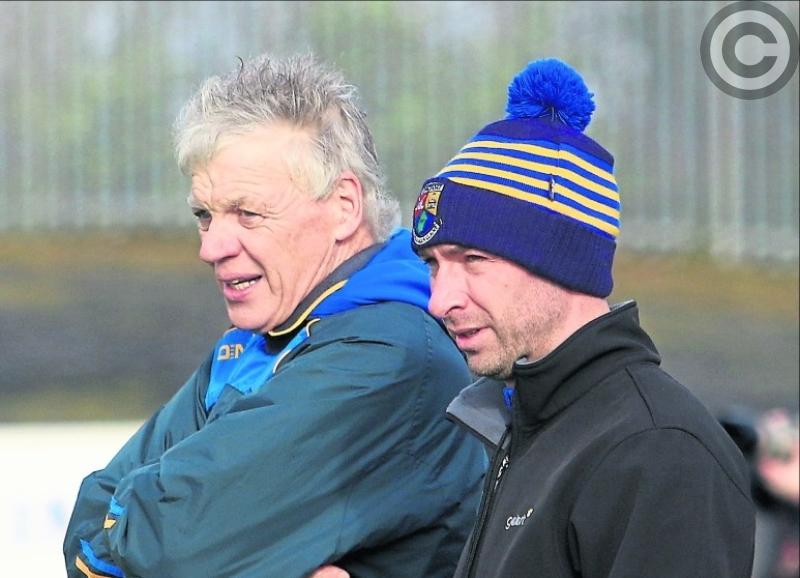 The Longford U-17 footballers will be hoping to capitalise on a favourable draw in the group stage of the 2019 Leinster Minor Championship and the opening round fixture is against Westmeath at Glennon Brothers Pearse Park this Tuesday evening (April 23), throw-in 7pm.

Under the guidance of the joint managers Dan McElligott (Mullinalaghta) and Barry O’Rourke (Longford Slashers) the squad have worked hard in preparation for the championship campaign at the training sessions along with a number of challenge games.

The other group games are away against Carlow (Wednesday May 8) and at home to Laois (Saturday May 18).

The top two teams will qualify for the knock-out phase with the group winners guaranteed a semi-final spot so a win over Westmeath will put Longford in a strong position.

A defeat, on the other hand, will put the pressure on in the quest to make further progress in the championship and the county U-17s have suffered a setback.

Out injured is Darren Moffett (Killoe) who played in the Leinster Minor Shield Final success over Dublin last year.

The quick pace of McGann will pose problems for the Westmeath defence but beating the neighbouring rivals is always a difficult task.

On the basis that Longford reached the semi-final of the Fr Manning Cup U-16 Tournament last year, losing out to the eventual winners Sligo, the potential is there to make a good impact in the provincial minor championship and the target is at least a place in the quarter-finals.

Dan McElligott and Barry O'Rourke were the county U-16 mentors last season and the continuity factor will hopefully produce positive results in the U-17 grade.