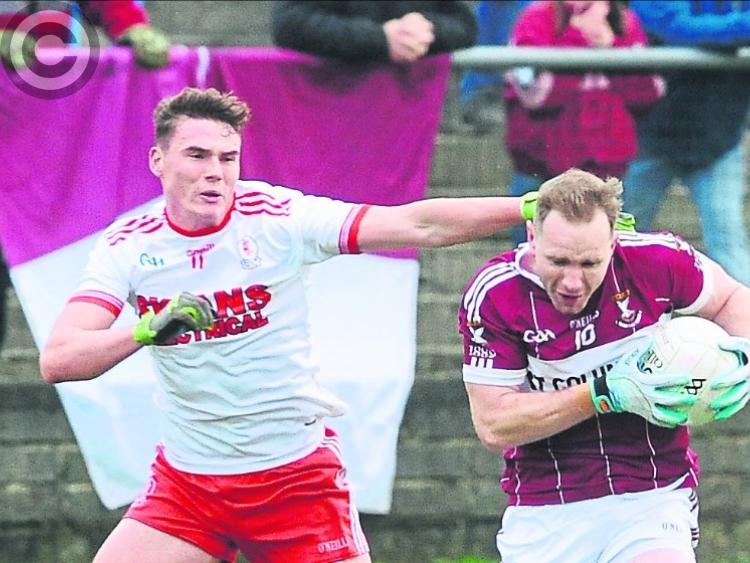 The name Rogers is synonymous with Mullinalaghta and on Sunday the new generation will play their part in history as St Columba's become the first Longford team to feature in the Leinster Club Senior Football Championship Final.

Gary Rogers and his brother Patrick have played an integral part in Mullinalaghta’s path to the provincial title decider. For Gary days like Sunday are about seizing the opportunity because looking back on history you might never know when it will all end.

“It’s that bit of history; we have had lots of relations playing for the club. So much was made in 2016 of it being 66 years since we won the senior championship and we had family playing way back then. The link with the Rogers name continues but there is not many coming after us.

“While we have a good team at the moment and things are going well, we have to make the most of it. Realistically with the way numbers are we don’t know what will happen in years to come.”

Looking back on 2016 and Mickey Graham’s first year in charge of the club, Rogers or his team-mates never envisaged what was going to happen.

“When Mickey came in, he gave us belief. We actually lost a couple of league games that year. We just clicked in the summer and we have enjoyed a lot of success ever since. We are very lucky to have him.”

No matter who they are playing Mullinalaghta go out and try to perform to their best.

It will be the same on Sunday but Rogers is well aware just how tough it will be against Dublin champions Kilmacud Crokes.

“It’s going to be a massive step up. They have some serious players but hopefully we can perform on the day and most of all be competitive. That’s the main thing we are aiming for. There is no pressure on us.”  Rogers joked that before this year many people “didn’t even know Mullinalaghta was in Longford.” Now thanks to their footballers the small rural parish in north Longford has been put firmly on the map.

“It’s after bringing our parish on and for the people of the parish, it’s great. It’s a big thing for them as well. We have great support, even though we have small numbers. I’m delighted for the parish.”

After another fine year for Rogers he was called into the Longford senior squad, though with Mullinalaghta’s Leinster run he has not been able to train with the county.

“Longford have a great management in place and it was great to see them getting the job. My focus is on Mullinalaghta first but I look forward to going back into the county,” said Gary.

Speaking of Longford, Mullinalaghta’s fantastic achievement in reaching the Leinster final has given the county something to shout about. Rogers hopes it will also give clubs some belief for the future.

“It’s great for us and for other clubs. It will give them hope. Even for the county team it shows we can compete, even with low numbers. When you have 15 lads who are willing to put the work in anything can happen.”