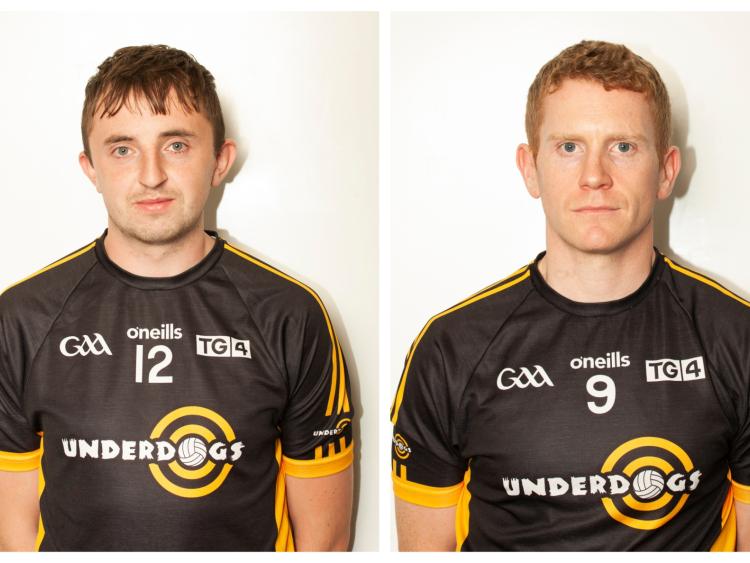 Nigel Rabbitte (Abbeylara) and Colm Flynn (Ballymahon) are bidding to make the final cut and the Underdogs team that will play All-Ireland champions, Dublin.

Two Longford players - Colm Flynn from Ballymahon and Nigel Rabbitte of Abbeylara - are bidding to make the final cut and the Underdogs team that will play All-Ireland champions, Dublin on Friday, October 19 at 7.45pm in Parnell Park.

Flynn has been Ballymahon's scorer in chief in the local championship for a number of years, while Rabbitte lined out in Sunday's Peter Hanley Motors Longford Senior Football Championship Final, scoring 0-4 of Abbeylara's 0-6 total in their draw with neighbours and reigning champions Mullinalaghta St Columba's.

Supermac's is sponsoring the TG4 series which returned to screens recently after a 10-year absence and the producers are on the lookout for the next big stars.

Players are put through their paces on the show by three All Ireland winning players - Galway's Ray Silke, Kerry's Paul Galvin and Cork's Valerie Mulcahy.

This series follows unknown players, as they are trained and mentored by the coaches before they face the All Ireland Champions, Dublin, in October.

The previous series of Underdogs was responsible for launching many present inter-county stars and All-Ireland winners' careers including Kerry's Kieran Donaghy and Cork's Pearse O'Neill.

Supermac's Managing Director, Pat McDonagh said "We were delighted to get the opportunity to be involved with this show as Supermac's is synonymous with the GAA having sponsored teams throughout the country for the last 40 years."

He added, "Our 28-year relationship with Galway GAA is one of the longest inter-county relationships in the GAA. Becoming an inter-county player is a privilege only a few individuals get to achieve and there are many great players that never quite make it to that level. The great thing about Underdogs is that it gives those players a 2nd chance and what better way to prove themselves that to pit themselves against the best team in the country - The Dubs."

The programme airs every Thursday at 9.30pm and is repeated on Saturdays at 7.45pm on TG4 with the final set to take place mid-October where The Underdogs will take on All Ireland Champions Dublin.