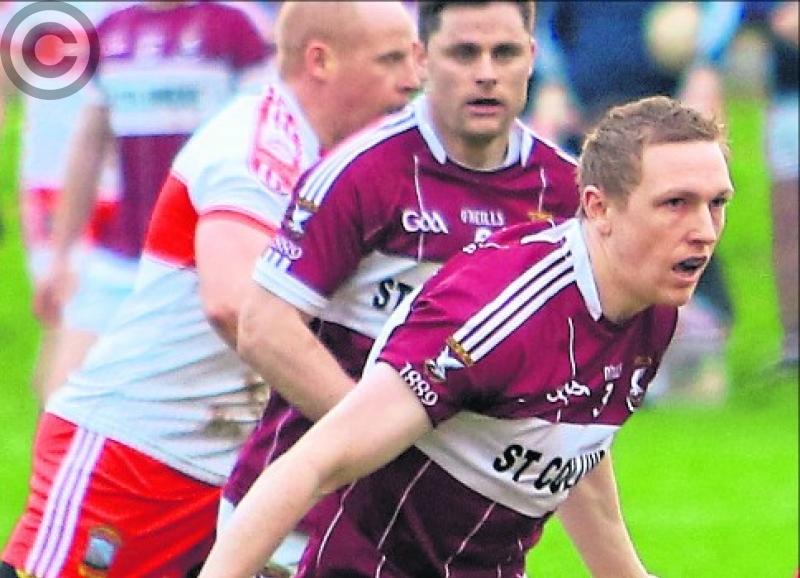 Since the 8th of October 2017 when a second successive county SFC title was won, things have just got better and better for Mullinalaghta defender Patrick Fox.

More silverware with Mullinalaghta and then called into the Longford senior squad as he became an integral part of Denis Connerton side.

Patrick said: “It has been a good past 12 months for me. Everything fell right when I got called into the county squad.

“Dermot Brady had just retired and that freed up a corner-back spot. I got started in the first O’Byrne Cup game and then it rolled on from there.”

Fox had played county minor but just before the Leinster U-21 championship he done his cruciate and when he returned to play he tore the cruciate in the other knee. He has worked so hard to get to where he is now.

“It is all about hard work but it was tough going. The second injury setback was a killer because I knew what was ahead of me.

“I just put the head down on the road to recovery and showed the desire to get back into action.”

Partick is really focused and credits the Northern Gaels underage set up for instilling a hard working attitude into the players.

“Northern Gaels instilled good concepts into us about working hard and being motivated, especially if you want to make it at senior level.”

The Mullinalaghta defender deserves the praise he is getting but he is quick to mention the forwards at club and county who have improved him as a player.

“Marking Rian, Jason and Robbie between club and county. It helps 100%. You only get better by marking the best and playing with the best.

“Being with the county has brought me on too. You have to buck up to bring your game to their level as I got my fair share of skinnings against the boys,” he joked.

On Sunday a great year for Fox could end with him being part of a three-in-a-row winning side.

“It’s a massive opportunity. There are very few teams that have done this before.

“To get to three county finals in a row is a great achievement and we are not putting pressure on ourselves about the three-in-a-row,” stated Patrick.

It would be a fitting send-off to their manager Mickey Graham to win the Connolly Cup for the third year in succession.

After Graham guided Mullinalaghta to their first senior championship title in 66 years back in 2016, Fox is full of praise for their manager.

“We want to send Mickey off with another county title. He has put in so much hard work with us.

“He changed our mentality; we were getting so close but needed an extra push to get over the line.

“We would love nothing more to leave Mickey heading off to the Cavan job as the manager that won three-in-a-row with Mullinalaghta.

“Mickey is an honorary Mullinalaghta man at this stage and he is special to us.

“He has brought us on so much, himself and John Denning have done a lot for our club. All we have to do is turn up and train and only for them we would not be where we are today,”