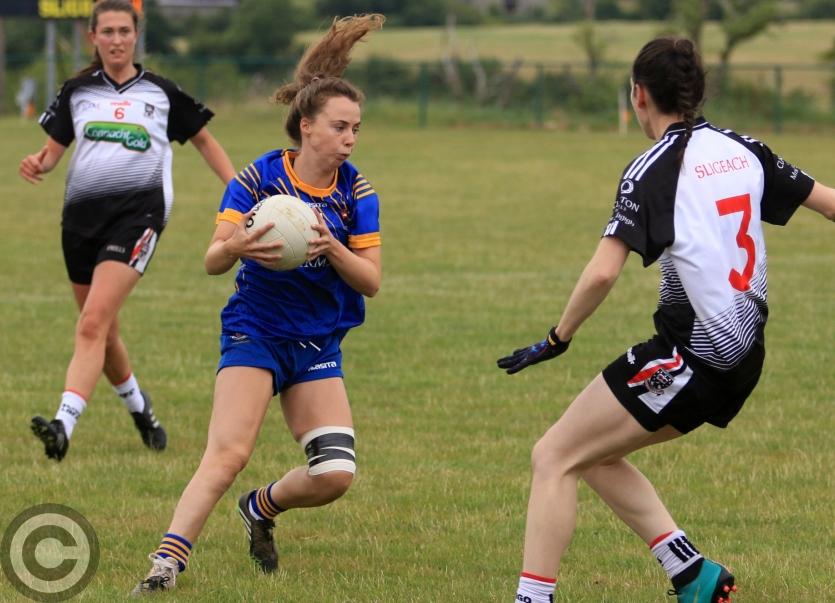 Aoife Darcy pictured in action for Longford against Sligo in the Ladies Football All-Ireland Intermediate Championship Round 1 game at the Strokestown GAA grounds on Sunday. Photo: Syl Healy

It has been a tough struggle for the Longford ladies this season and despite producing a spirited display they suffered another defeat against a stronger Sligo side in the opening round of the All-Ireland Intermediate Championship at the Strokestown GAA grounds on Sunday.

From the moment Sinead Naughton scored the first Sligo goal with just six minutes gone in the game the pressure was on Longford who were guilty of squandering some good chances in the first half as they ended up trailing by 1-8 to 0-5 at the break.

Paddy Dowd’s charges had to wait until the 48th minute for their next score when Michelle Farrell converted a free, after hitting the crossbar in the early stages of the second half, and Longford eventually lost by the wide margin of ten points in the finish with Sligo getting a second goal in the 50th minute from a penalty converted by Katie Walsh.

Longford are back in action in the All-Ireland Series on Sunday next when they face a daunting task against the Leinster Intermediate champions Laois at the Clane GAA grounds, Co Kildare, 1.30pm.