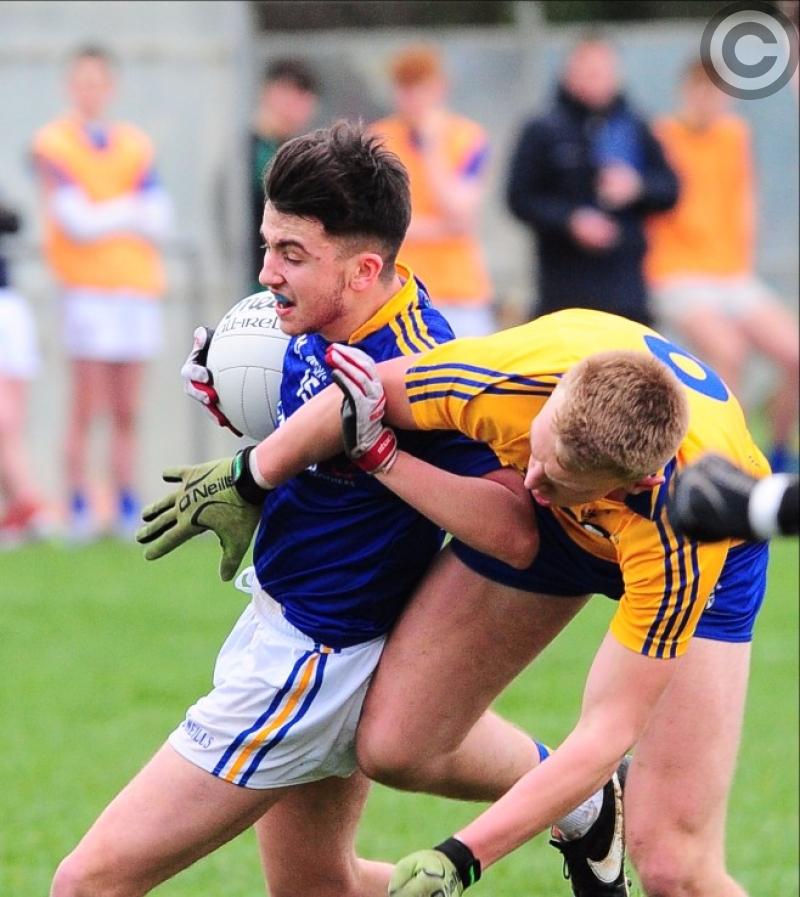 Shattered by a terrible start as they conceded a goal with just two minutes gone on the clock, Longford struggled badly against a superior Clare side in the first quarter of the Leinster Minor Football League clash at Keenan Park, Ardagh on Saturday last.

With nothing but pride to play for as Offaly had already won the group to clinch their place in the semi-finals of this competition, ragged Longford were all over the place as Clare ran riot to establish a very commanding 3-4 to 0-0 advantage after 16 minutes.

Managed by Mullinalaghta clubman Karl Dermody, Longford were very poor throughout the one-sided first half and ended up trailing by 4-5 to 0-2 at the break with three of the Clare goals coming from their most impressive No 13 Gavin Cooney who was causing havoc.

Lethal corner-forward Cooney clocked up a total of 3-3 (all from play) and while Clare cruised to a most emphatic win, it must be said that Longford tried hard to improve in the second half in adding another five points to their tally.

Midfielder Gerard Flynn fired over a couple of cracking scores while Diarmuid Sheahan, Eamon Keogh (free) and substitute Tom Meehan were also on target as Longford ended their Leinster League campaign on a disappointing note.

There are three more games to come in the Connacht League against Galway, Leitrim and Mayo as the build-up continues to the most important match - the Leinster Championship first round clash against Wicklow at Glennon Brothers Pearse Park on Saturday April 22.

The county minors have yet to win a competitive game this year following defeats against Roscommon, Offaly, Sligo and Clare but the management team are using the league fixtures to find out their strongest possible side.

In their latest outing in Ardagh last weekend Longford had to wait until the 18th minute for their opening score with full-forward Aidan McGuire shooting over the bar, a fine strike in making amends for missing a close range free earlier.

A  great save by Clare keeper Tom O’Brien denied Justin McCormack a badly needed goal for the home county in the 19th minute and while Dylan Farrell converted a free soon after, the visitors struck another hard blow when Gavin Cooney shot to the back of the net for a third time just before the break.

Both sides made several changes during the course of the game with Longford bringing on eight substitutes - two in the first half - and while they managed to outscore Clare 0-5 to 0-4 in the second half it was all over as a contest after the opening quarter with the rampant banner county so far in front.