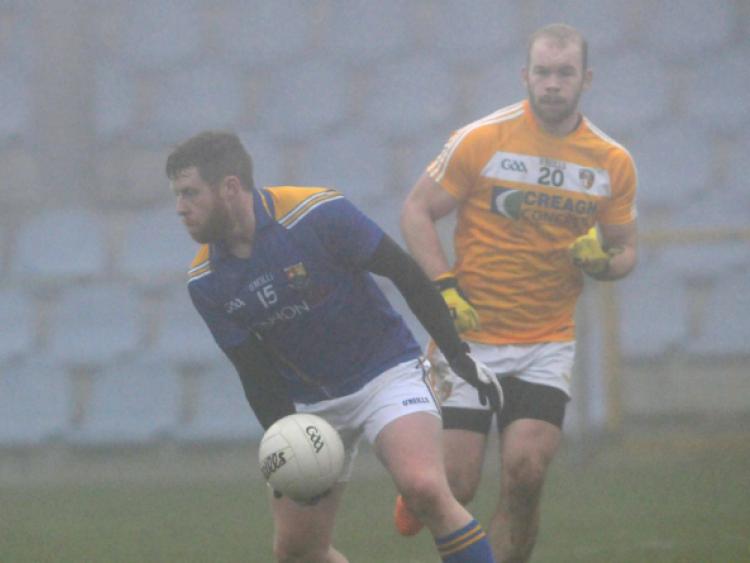 Longford overcame Antrim by a solitary point in Round 2 of the National Football League at fog bound Glennon Brothers Pearse Park on Sunday and the quest to get out of Division 4 is currently going in the right direction.

But the home county were guilty of some poor finishing in the second half, shooting six wides, and almost let the vital victory slip from their grasp in allowing Antrim to remain in contention when the midlanders should really have pushed on to win with considerable more comfort.

Having said that, the visitors squandered a glorious chance of a goal in the closing stages of the first half but looked to have done enough to snatch a draw when Michael Pollock fired over a free in the 68th minute to leave the sides all square, 0-13 to 0-13.

That would have been rough justice on Longford but there was still time to get the winning score and it materialised in the 69th minute. A free was awarded for a foul on Ross McNerney with Brian Kavanagh firing over the close range kick to put Longford back in front.

Antrim had one last chance to earn a share of the spoils with a difficult free from a very tight angle but their chief marksman Conor (CJ) McGourty was wide of the target.

A hamstring injury prevented Michael Quinn from starting the game which was a big blow but his eventual introduction in the 60th minute certainly made a difference. Quinn was just on the pitch when he was fouled for the free that was converted by Brian Kavanagh to leave Longford leading by 0-13 to 0-11.

Michael Pollock then closed the gap to the minimum when landing a terrific long range free and a very tense and exciting finish yielded a further point apiece - Pollock and Kavanagh frees - as Longford emerged victorious.