Longford minors advance to Leinster quarter-finals with win over Wicklow 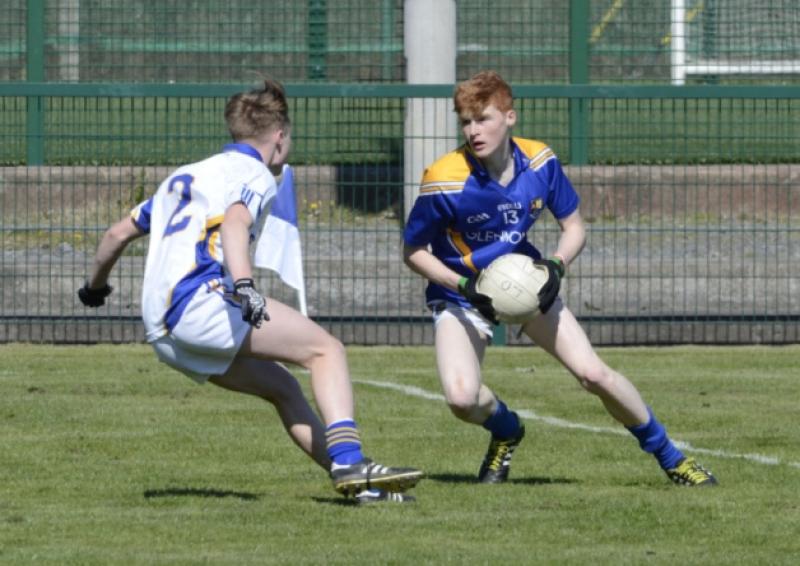 Longford advanced to the quarter-finals of the Leinster Minor Football Championship courtesy of a comfortable six point win over Wicklow in Blessington on Saturday last.

Longford advanced to the quarter-finals of the Leinster Minor Football Championship courtesy of a comfortable six point win over Wicklow in Blessington on Saturday last.

Once Longford took control of the game they were never in trouble and twice in the second half they were 11 points ahead. Wicklow staged a late fightback and scored a consolation goal in stoppage time to put a better look on the scoreboard.

It was Wicklow who opened the scoring with a point from Cormac Oâ€™Shea in the 5th minute. After kicking three wides Longfordâ€™s first score came in the 10th minute with a free from Conor Berry. The Abbeylara player tormented Wicklow throughout and was very influential in this win.

Berry kicked over two excellent points from play with Joe Heaney and Jayson Matthews (two) adding points to put Longford ahead by five by the 23rd minute.

After nearly 20 minutes without a score, Wicklow got their second point in the 24th minute with Oâ€™Shea on target. Jayson Matthews then hit over a great point in the 26th minute to restore Longfordâ€™s five point advantage and just before the break Wicklow midfielder Padraig Byrne cut the gap to four; 0-7 to 0-3.

Longford made a fine start to the second half with Joe Heaney getting his second point in the opening minute. One minute later and Longford extended their lead to eight points when Rory Hawkins scored a fine goal after good build-up play.

Wicklow replied with a point from Oâ€™Shea. In the 35th minute Jayson Matthews fired over a free. Gary Allen then converted a free for the Garden County before Longford took a stranglehold on the game with Conor Berry very much to the fore in forcing Wicklow to concede a number of frees which Jayson Matthews duly pointed.

Longfordâ€™s lead was eight points in the 41st minute when Jayson Matthews fired over his second free and he added three more frees to stretch Longfordâ€™s advantage to 11 points by the 51st minute.

Wicklow were struggling to gain possession and when they did Longford defended very well. After 16 minutes without a score Wicklow got their sixth point in the 54th minute when Gary Allen converted another free.

Longford substitute Russell Brady then hit over a good point in the 55th minute to restore Longfordâ€™s 11 point lead and that was to be their final score as Wicklow staged a late rally.

Alan Dillon pointed two frees and right at the end a â€™45 from midfielder Padraig Byrne was finished to the net by corner forward Patrick Oâ€™Connor. It didnâ€™t matter much because Longford had already done all the damage and will now wait and see who they will play in the quarter-finals on Saturday May 16th.