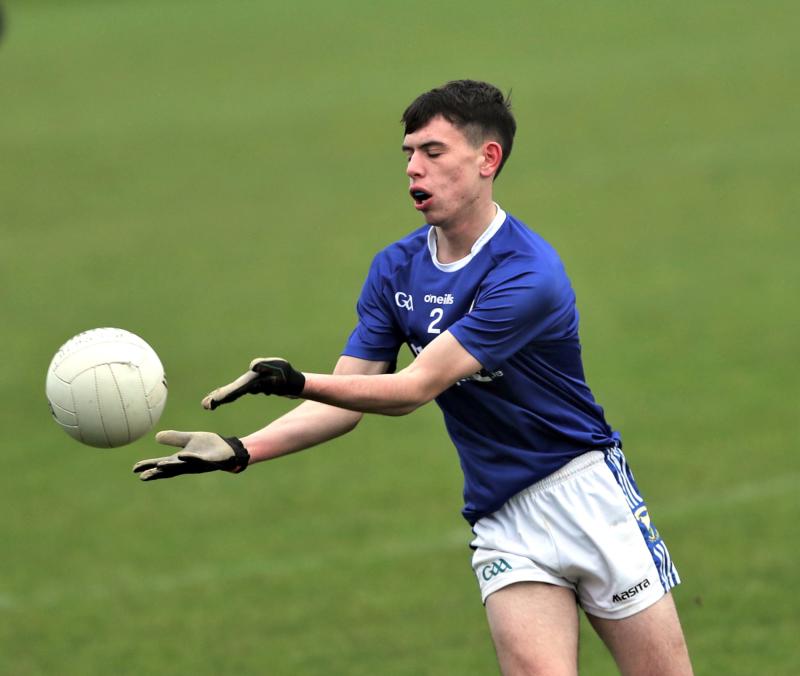 Trailing by the wide margin of eleven points at the break (3-4 to 0-2), resilient St Mel’s staged a courageous comeback in the second half but it just fell short as a very relieved Scoil Mhuire Clane held out for a hard earned victory in the Leinster Schools Senior ‘A’ Football Championship quarter-final on Tuesday.

Played in perfect conditions on a fine, dry day at the TUS Midlands Campus (formerly Athlone IT), the Kildare school snatched their first goal just before the water break when full-forward JP Gill flicked the ball to net with 16 minutes gone on the clock.

Soon after St Mel’s suffered another sickening blow when Clane corner-forward Oisin O’Sullivan had a shot deflected into the back of the net and things went from bad to worse when they conceded a third goal in the 25th minute.

A man is to appear in court after gardaí seized approximately €12,500 worth of drugs in Longford town earlier today.

Scoil Mhuire midfielder Alex Lenihan drove an unstoppable shot past the St Mel’s keeper Oisin McManus as St Mel’s were left to rue some poor finishing in the first half, including a couple of goal chances.

To their great credit, the Longford college enjoyed a new lease of life in the second half in almost coming back from the dead and were given a glimmer of hope with a goal from a penalty converted by Paddy Moran in the 49th minute, awarded for a foot block on substitute Conor Clancy in his attempt to find the net.

Further scores followed from Moran and substitute Michael Flynn to close the gap to just three points and while there was still some time left to salvage the situation, the resolute Clane defence stood firm as gallant St Mel’s were unable to engineer a late equalising goal.

It was a game that was there for the taking but the decisive goals in the first half swung the issue in favour of Clane who were rather fortunate to survive in the finish.