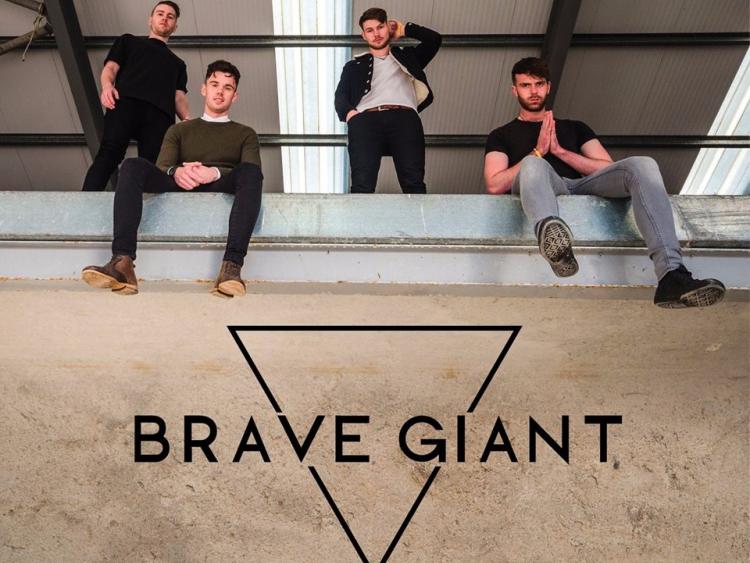 Brave Giant is a band of four guys, three of whom are from the Drumlish / Ballinamuck area......with one from Dromard. How ironic that is! They’ve just issued their debut album, White, Pink, & Blue. It’s a revelation.

These guys are the real deal, in terms of originality, talent, songwriting, and most of all by their impeccable behaviour in interviews and talking to Sean O’Rourke, the most astute interviewer in RTÉ right now. It was a great pleasure to hear people from Longford wearing the coat of bubbling success so easily, and with such sincerity.

The first trick in the music business is not to deviate from that core quality. Hold on to your own sense of place, whatever that may be, and don’t ever get sidetracked by record companies, agents, or anyone at all. Hold on to what you have, and work on making it even better.

They have management, thus far, and they’ve not put a foot wrong. The band is expanding their base, and deservedly so.
There are many levels of management, but for now, the band look secure, principled, and know what they want.

These young men have everything it takes to make it big time in the music business, and another key is patience. Nobody needs to crack the ceiling first time around, better to learn a few minor mistakes - and they will happen - and not seeking too much adulation too soon.

Wearing the armour that is needed to resist the temptations of the music business is another key, and having that is a huge element of continuing to be real, believable, and keeping the passion. Nobody needs a major record company straight away. The first contract might last five years, but that’s merely a small period of time which may be seen as a sacrifice, but in fact it’s not.

There is nothing sacrificial in learning the nuances of the trade very carefully, and only attempting a bigger gig when you are ready. Temptation to expand and explode must be resisted, and restrained cautious approach is another element of becoming something unbreakable, and when that happens, Brave Giant can be like a wave absorbing everything in its path as they go higher and higher.

They are good enough to be up there with the very best in the world, all they need is patience, strict discipline, retaining their real identities, and avoiding the trap of ever becoming ‘celebrities’. Most of the real celebrities of the music business are meticulously discerning, they keep themselves to themselves, and miss nothing in the process. Being restrained can be a massive advantage.

The shortest word in the language is vitally important.