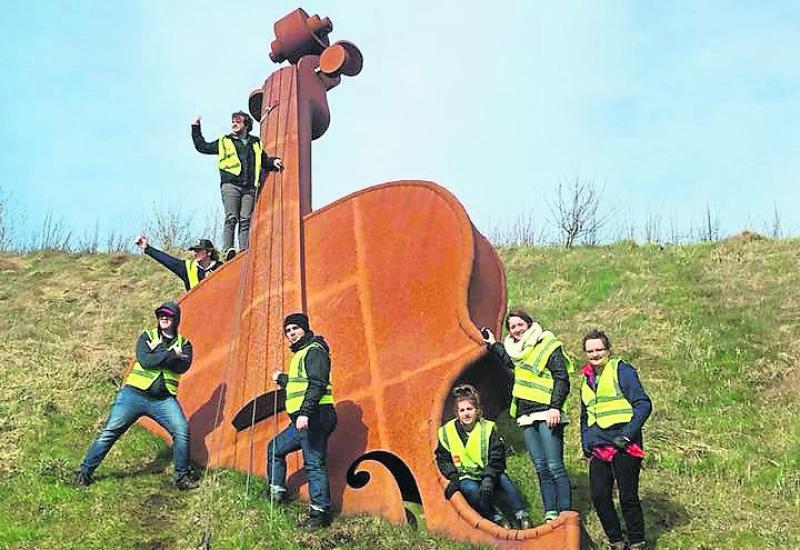 Longford Tidy Towns volunteers pictured at the fiddle on the bypass.

The announcement of the winners of the Tidy Towns competition and the publication of the marks and reports for each competing town and village has become the proverbial hardy annual.

So much so that it tends to be taken for granted, certainly for anyone outside the ambit of its work. This is an arduous competition requiring huge work at local level. Read any of the reports and the amount of detail they contain highlights how comprehensive and serious this competition is taken.

And this is only right. The maintenance and improvement of our towns and villages deserves this acknowledgment and thoroughness. After all, we all pay lip service to a cleaner environment, but few of us actually do anything about it, and most of us are in no way as active as these tidy towns groups who put in a trojan effort year in and year out.

The irony is, is that for such a big competition the groups that participate in it are invariably comprised of small handfuls of dedicated volunteers. One senses that it can often be a thankless task for them, making their endeavours all the more noteworthy.

The work they undertake, on behalf of us all, often goes under appreciated and taken largely for granted. This should not be the case. The effort that goes into tidy towns at local level is pure hard work.

It involves a degree of planning and organisation that few outside its scope would envisage. And this on top of all the physical work it entails. In their various reports the adjudicators highlight the importance of tidy towns groups networking with others in their own areas. This is happening already in many places.

However, the onus should not be solely on them to reach out. It should be a two way street. These groups deserve support.