Parish Pump: Tales of a dodgy hip and a bum deal on the hustings

A sideways look at local politics with Liam Cosgrove 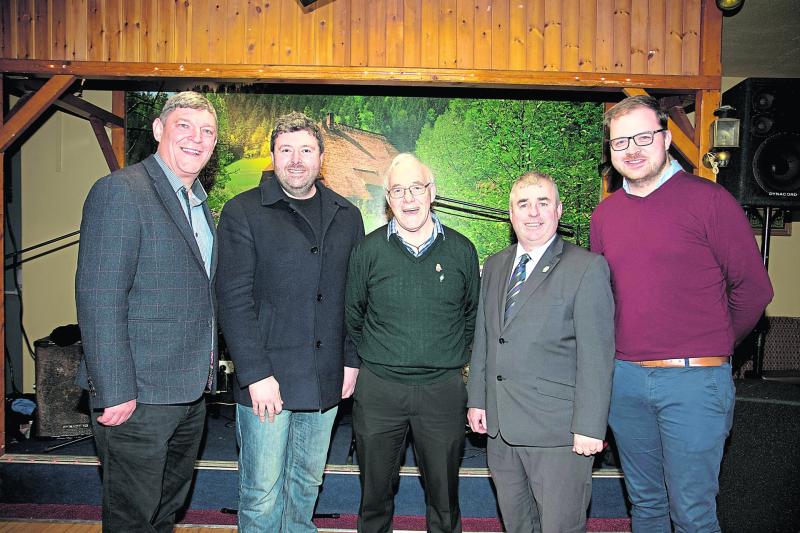 * Getting a raw deal, or in this case a bum deal, is something Cllr Peggy Nolan is well used to when it comes to the world of local politics.

The long serving Fine Gael local politician has been in celebratory form of late after twisting the arm of Health Minister Simon Harris to safeguard the futureof St Joseph's Care Centre, courtesy of an €11m investment.

But she BUMped into more than she bargained for last week when a snappy canine decided to latch onto her rear end.

“I got a bite on the bum,” she confessed, when contacted by Pump earlier this week.

Cllr Nolan, who is never one to turn down the opportunity of a good laugh, even at her own expense, joked about the political persuasion of her canine nemisis.

“There were two dogs, one of them was a pet, but the other fella just didn't like me,” she giggled.

Parish Pump: Things are beginning to get interesting out on the Longford hustings trail

“One must have been a Fine Gael dog and the other a Fianna Fáil one.”

After a quick visit to her local doctor for a tetanus jab, it was back to the hustings for this wily political campaigner.

And with just four weeks until voters go to the polls, it really is squeaky bum time not just for Cllr Nolan, but for the 30 odd candidates looking to take their places on Longford County Council.

* Cllr Mae Sexton is another hoping that injury won't dent her chances of retaining a seat at local authority level after May 24.

The former TD is currently recuperating from a recent hip operation and is as determined as ever to remain a fixture at local authority level for another five years at least.

She will clearly be hoping to be shooting from the hip (her replacement one included), when voters exercise their democratic right at the end of next month.

* Now, Pump doesn't condone drinking and certainly not drinking on the job, but when you put in the marathon canvass Cllr Gerry Warnock conjured up last weekend, a wee dose of the hard stuff can be just the ticket.

The genial Independent was at his effervescent best when taking to social media last weekend after “calling in on the peeps in St Bridget's Terrace” in Longford town.

Cllr Warnock accompanied his casual and informal post with a picture of a an Italian lemon liqueur in keeping with his love of Italia and Juventus FC.

“Taking a little break now til next week, but first I'm gonna share this little beaut.... Limoncello and Tonic... Trust me it's a Sunny Delight,” he said.

The jury's very much out on that Gerry, but Pump is willing to let that one slide after reigning Italian champions clinched their eighth Series A title in a row at the weekend.