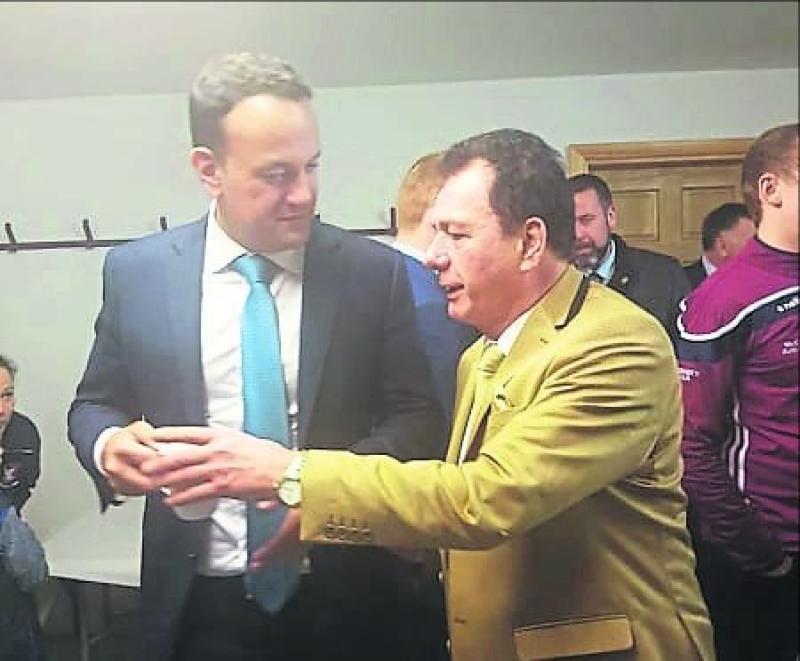 The local elections may be still more than two months away, but already things are starting to heat up on the hustings trail.

The sight of Taoiseach Leo Varadkar swinging by for an impromptu visit to Mullinalaghta recently certainly added to that sense of anticipation.

His social call was planned as an opportunity to pay homage at the home grounds of the Longford senior football champions following their march to the All-Ireland club championship semi-finals.

As is ordinarily the case on occasions of its type, Mr Varadkar was joined by a deluge of local party representatives and supporters.

Among them was former county councillor and businessman Frank Kilbride.

A local election candidate vying for one of five seats in the Granard Municipal District, Mr Kilbride appeared keen to ensure his party leader was well catered for when the tea and sandwiches were being dished out.

The former hotelier knows only too well he will need plenty of that same nutritional sustenance out canvassing over the next two months or so if he is to make a successful return to the county council chamber come May 24 next.

Fianna Fáil’s Cllr Seamus Butler began his canvassing campaign at the weekend, taking to the streets of Longford following the conclusion of the England-Italy Six Nations clash.

Polite and friendly, but equally fiery when taking on his political opponents, the Fianna Fáil group leader has few canine friends, it would seem.

“Do you know, I have never not been bitten by a dog during a campaign?” Cllr Butler joked.

“I have got my rabies injection done anyways, just in case.”

Dogs of Longford, please take heed. This is one local councillor who certainly hasn’t heard of the saying, ‘once bitten, twice shy’.

Cllr Gerry Hagan will tell you he’s certainly no stranger to hard work.

Those virtues were needed last week when he was called upon to help deliver a ewe lamb on the family farm in Ennybegs, Killoe.

“I need all the help I can get if I am to get re-elected,” Cllr Hagan told Parish Pump this week.

“And that includes two legged as well as four legged yolks.”