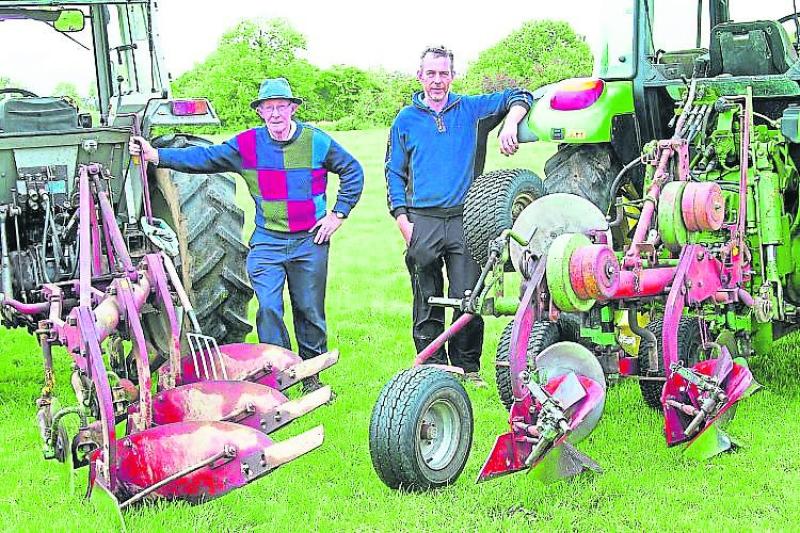 Kevin Forde speaks to three-time All-Ireland winning ploughman, Anthony Reynolds, who is aiming to add another gold to his collection

Anthony Reynolds is an agricultural contractor by trade, operating Reynold’s Agri near his home base of Mostrim, Edgeworthstown.

He is now the main man behind the family business, which has been in operation for almost 80 years.

“It was started by my grandfather, Pat, in 1940,” said the contractor.

This is not Anthony or the Reynolds family’s only claim to fame either, as they also have had a significant influence on competitive ploughing in the Longford region over the years.

Anthony’s grandfather, Pat, was the first of the family to make a mark on the competitions, before Anthony’s father, Tom, soon joined his father’s side. Tom has always held a strong passion for ploughing and this was something he instilled in his family also.

“My father would have started in the early 1950s too.”

Thomas has previously represented his county on the ploughing circuit, something also achieved by his son Anthony, though unlike Anthony, Tom has never realised his dream of taking the gold. Tom recently returned to the field in competitions, after a brief retirement. Anthony says he could even compete again this year.

Anthony said: “He actually has no all-Ireland titles. He finished in second place about ten or twelve times.

“He ploughed the year before last in the three-furrow section and he came second again.”

Having started competing in the U21 class at the tender age of eight, Anthony took his time before making a real mark on the competition. He claimed his first All-Ireland win twenty five years ago in 1994, taking home the U21 title in Enniscorthy.

Anthony’s next All-Ireland win was more recent, with the contractor storming to the All-Ireland Intermediate title in 2012. This coincided with Sean Monaghan taking the U28 Junior ploughing crown, making it an excellent year for the Longford ploughing association.

Not one to rest on his laurels, Anthony added yet another all-Ireland title to his collection in 2017 when he claimed the Intermediate title once more. This, he lists as his stand-out achievement in the competitions. This also meant that Anthony would finally get the chance to represent his country, achieving a lifelong ambition in the process.

“I competed every year since I started, bar one. The competition is extremely competitive, especially at the higher end of it.

“The standard in Ireland would probably be higher than anywhere else in the world. Some say it is harder to win an All-Ireland than it is to win a world title,” he noted.

Anthony’s most recent achievement was winning the Silver Award at the 2018 Five Nations Ploughing Challenge near Derry when he represented Ireland. He says representing his country was something he had dreamed of as a child and a definite highlight of competing.

“My highlight would be representing my country,” he said.

Anthony not only enjoys competing, but also meeting the many friends he has made over the last number of years.

“It is a great way of staying in touch with people all over the country and meeting people you only meet once a year,” he said.

“You are competing against the same people every year, it is a friendly rivalry. Regardless of who wins, everyone always stays friends.”

The 45-year-old will compete in the senior class this year at the ploughing championships in Granard, where he is expected to add to his long list of accolades and compete to reclaim his coveted spot on the Irish team.

Read next: Remembering one of Longford's most enthusiastic ploughmen, Liam Kiernan, forty years on