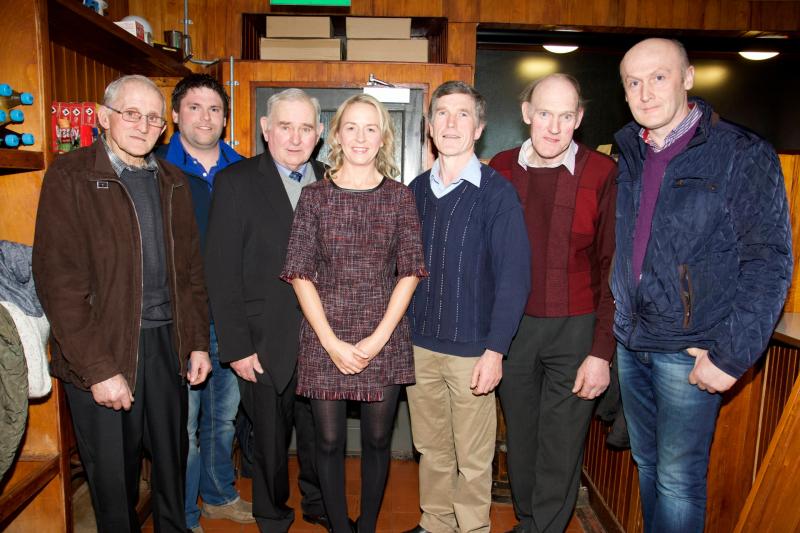 A big crowd gathered for the occasion, with local representatives in attendance, Longford IFA president, Gavin White, as well as some of the competition’s many sponsors. The championships, which takes place on Sunday March 24, was officially launched on the night by chairperson of the Longford Ploughing Association (LPA), Cynthia Geelan Cruise.

Cynthia welcomed everyone in attendance at the launch and thanked Patrick Durkin and Sean Donohue, who own the lands on which the championships are taking place.

“It is a great honour for ourselves to be hosting,” Patrick said.

The championships has previously been hosted on both farms, by the Donohue family back in 2008 and by the Durkin family 40 years ago this year.

“I must say I am absolutely delighted with the support from the Granard people. I want to thank all the locals for all they are doing.” said Cynthia.

Crowds were informed that trade stands will be granted entry on the day before 10am, with machinery stands granted access the day prior to the event, Saturday March 23. The celebrity ploughing will also be back this year, with singers Olivia Douglas and Keelan Arbuckle set to make an appearance on the big day.

The pair will both try their hand behind the wheel, before they join the Ramblers and some of the many other acts on-stage for some musical offerings. Other attractions at this year’s ploughing are ‘Dinky Diggers’ and ‘Farmyard in a Schoolyard’, both of which will be free-of-charge.

Cynthia told the attendees: “We will also have face painting, a vintage car display and all the usual bits and pieces.”
For the dancing enthusiasts, the LPA chairperson confirmed that there will be a jiving competition on the day, run by professional dancer John McCabe.

Cllr Micheál Carrigy took to the stage, where he informed the crowd and the association that he had successfully secured a €1,000 fund for the ploughing from Longford County Council. The usual classes will be at this year’s event, though there has been another addition, the reversible plough class.