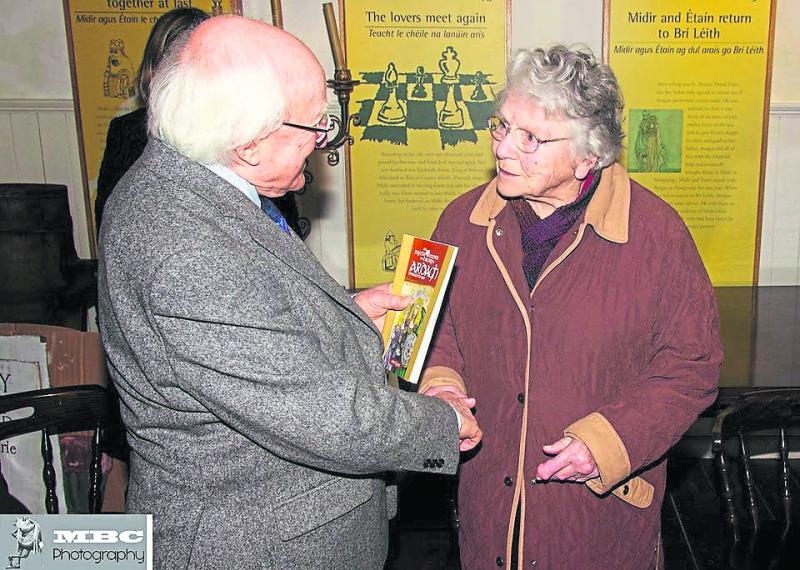 Everyone has a different opinion, no matter who they are, so when you ask someone the question; “what does community mean?”, even if they're similar, they'll all be different.

The reason for this is because everyone has lived a different life, has had different experiences and has gained different wisdom.

When asked to interview someone for their opinion on the meaning of community, it occurred to me that someone with lots of experience would have a different outlook on such a question and different stories to tell in relation to the topic.

It's for these reasons that I decided to interview my neighbour, Mrs Ann Byrne who is one hundred and three years old.

When I first asked her, her first response was to laugh and tell me she “hadn't a clue”.

We started with what her sense of community was like when she was younger and she started telling me about where she used to live as, over the course of her life, Mrs Bryne has lived in many places.

She recalled how, until she was a teenager, she lived in a farming community, where everyone worked and did their part for the good of the community.

She also recalled, with some fondness, the public places where people met to dance, play music, tell stories and chat.

These were called “rambling houses” and were the only social life anyone had, for their were no phones back then and she mentioned how much things have changed among people.

When Mrs Byrne was younger, it was common for people to just show up at your house to chat whereas now most people feel it's rude to do so uninvited.

“The country isn't as neighbourly as it used to be” to put it into her words.

When it comes to other integral parts of the community, such as school, she talked about how, back then, there was no school transport, everyone walked except the teachers, who cycled, and during the summer, everyone went barefoot.

When she was older and an adult, she saw another sense of community, when she arrived in England for work two days before war was declared in 1939. She told me how “people became friendlier to eachother because they were all in the same war”.

Everyone did their part to help the community in those dark times, including Mrs Byrne who told me how everyone had a different time allocated for “firewatch”, where they patrolled the streets at night and alerted the local police if they saw a fire.

If there was a fire, it would show bomber planes where to drop their bombs; otherewise they woudn't see any towns or cities, as places were kept pitch black in order to hide them at night.

“Mine was from twelve to three, from midnight until three o'clock,” said Mrs Byrne.

This was while she was living in London. After her time in London, she spent some time living in New York where the sense of community was very different to what she had experienced previously.

“You wouldn't know your neighbour. You belonged to a club.”

She told me that the only community you knew was other Irish people at an Irish club.

Even though she didn't spend much time with communities in New York, she did get a good taste of community when she saw a St Patrick's day parade which, back then, featured people wearing capes of the flags from every county in Ireland - something they don't really do anymore, here or there.

When she came to Ardagh in Longford, where she's currently living, the famous clock tower there had been blown down by a hurricane where it remained for a year and a half until the people living there at the time all came together, as a community to do what was called the 'clock dance', where just about everyone danced in order to raise money to fix it.

And they succeded; since then, the tower remains, but the clock on it has stopped working for some time, which is sad really.
At this time, it was coming into the early days of the “tidy towns” competition which has been, for some time, a large part of the community in Ardagh and it was especially so back then.

The community still came together to help keep the villiage tidy. We were in it for some time before we managed to win anything, but that didn't stop people from trying their best.

With all of this new experience of different communities, she then told me what she thought “a sense of community” was to her; “A sense of neighbourliness”.