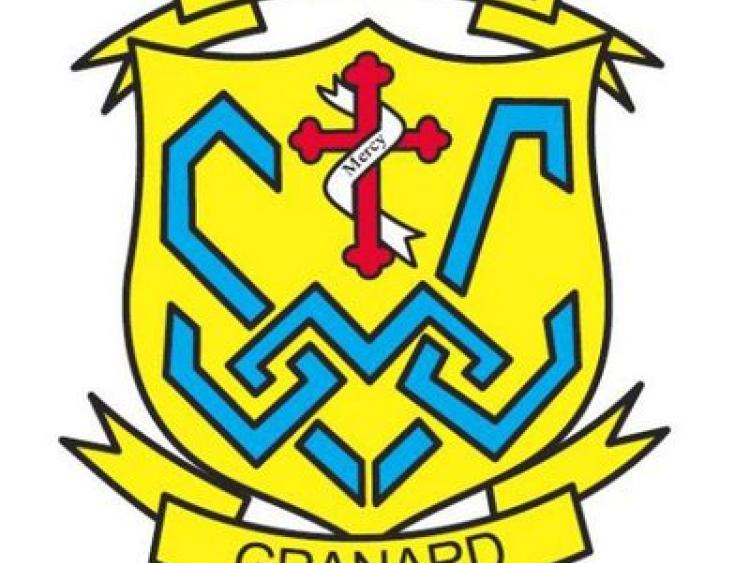 Cnoc Mhuire celebrated European day of Languages on Wednesday 26 of September. At the announcements before break time music could be heard through the corridors.

Teqiyat Shittu spoke in French and then we listened to a French song called ‘bonjour Monsieur’.

Arnau Salmeron Navarra  a Spanish student spoke his native language followed by the song ‘Hola a todos’.Hope everyone enjoyed the celebration  and continue to practice their languages throughout the year. Vive les langues

It has been a busy week for our girl’s footballers. Firstly the senior girls played Ballymahon Vocational School on Tuesday last. The girls put in an outstanding performance and dominated throughout. This team are due to play St Finians Mullingar and Clara from Offaly next week so we hope they can keep up their winning ways.

On Wednesday the 2nd year girls represented the School in a Longford Blitz. The girls put on an excellent display winning all of their matches. Thanks to Ms O’Brien for accompanying the girls on the day.

Finally the U16 girls took on Kilbeggan on Thursday last. This game was played in extremely wet and blustery conditions and it’s a credit to both teams for still managing to put on such an excellent display. The Granard girls played with the wind in the first half and were only up by seven points at half time. They put on a great team performance in the second half and began to dominate winning on a scoreline of 6-19 to 4-02. Special mention must go to Aoife Reilly who scored an impressive 3-07. Other notable performances came from Ava O’Neill, Siobhan Tully, Sorcha Dawson, Annie Deneher and Roisin Brennan. These girls have now won both their group games and another win in their final game against Tullamore Community College would see them emerge from the group stages. Well done to the girls and their coach Ms Beatty.

On Tues October 7th last, all First years went on their annual retreat day to Knock organised by Fr Simon Cadam. A tour of the museum was very informative and hands-on. Mass was celebrated in the Blessed Sacrament chapel as the Church of the Assumption is being completely refurbished. We also visited the beautiful basilica and had a tour guide inform us about the magnificent mosaic that adorns the wall. Thanks to the First year tutors and their Year Head Ms Beatty who accompanied their classes,

On Thursday,the U16 Boys played St Mel’s of Longford. The lads dominated throughout this game with Ciaran Scanlon scoring an impressive 2-06. The lads won on a score of 5-14 to 4-07. Excellent performances were given by Tiernan Madden, Dylan Reilly and Mark Cunningham. Well done to the lads and their coach Mr Plunkett.

The U14 boys play Moyne on Friday. We wish the lads and their coaches Mr Nally and Mr Swaine luck in this game.

There was great excitement when it was announced that we will holding a Halloween Costume Competition on Friday 26th October. All students are asked to dress up in costume and there will be a prize for best costume and best make-up on the day. Thanks to Ms Doherty, Mr Carroll and Mr Thorton for volunteering to judge this competition.