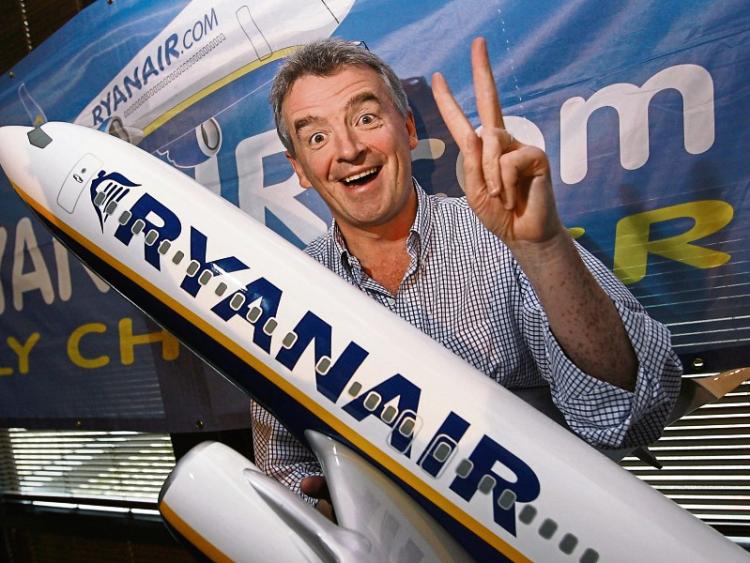 The news of planned strike action for Ryanair pilots and cabin crew on July 12 and July 25 has sent potential Longford holidaymakers with flights on these days into a tizzy.

Although there is no confirmation of what flights will be affected, HolidayGuru has put together a list of the information you need to know if your flight is cancelled due to industrial action.

Also read: Longford holiday makers, check your suitcase as you may have a €44,998 winning EuroMillions ticket in it!

Due to ongoing issues between the airline and trade unions in Ireland and other EU countries, three days of strike action have been announced. Members of the Irish Airline Pilots Association will go on strike on July 12 and unions representing cabin crews in Spain, Portugal and Belgium will strike between July 25 and 26, with Italian crews striking on the 25th.

The airline faced further delays on Friday morning in Germany and France due to staff shortages.

What does this mean for travellers with flights scheduled on these dates? Here’s what you need to know if you are affected.

Can I claim compensation due to a strike?

This depends on whether the airline is legally obliged to provide compensation if the flight is affected due to reasons beyond their control e.g volcanic eruption, a strike, extreme weather.

Depending on who is striking you may be able to claim up to £530 in compensation from your airline.

Also read: ‘Yours to Uncover’: Longford to feature in major marketing campaign for Ireland’s Hidden Heartlands

What am I entitled to if my flight is cancelled?

Under EU regulation you are entitled to:

Fill out the Ryanair Claim form

If your flight is cancelled and you have to make temporary arrangements in a different city, make sure that you keep your spending costs low and keep the receipts. You can claim a reimbursement from the airline when you return home.

Ryanair has a claim form which can be found on their “Contact us” page. To claim your expenses, you have to provide the flight number, date of the delay or cancelled flight and proof of your expenses such as photos of receipts, PDFs etc.

What happens if the airline rejects your claim?

Use an adjudicator or regulator to take the claim further.
Take the claim to court: If the airline still reject your claim or you are unhappy with the outcome of your claim then you can take them to court. The court may refuse claims if they date back more than 6 years in England, Northern Ireland and Wales (five years in Scotland) so be sure to keep this in mind.
Your insurer may be able to help. Check the terms and conditions of your insurance policy to see what situations it will cover. You may also receive payment to cover hotel costs or alternative transport you require; the airlines should provide this by law, however, as previously stated.