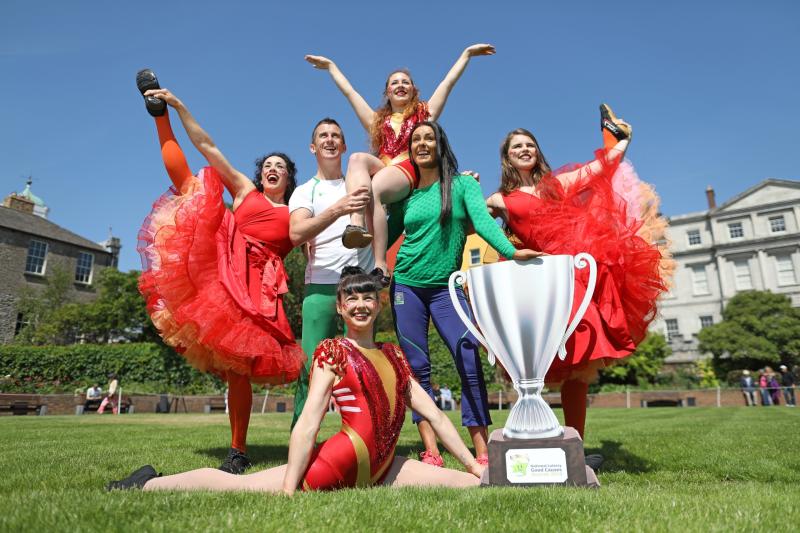 The National Lottery today reminded people across in Co Longford to get their applications in on behalf of their local sports club, project or organisation in their community for the inaugural National Lottery Good Causes Awards.

The deadline for entries for this competition, which has a total prize pool of €95,000, is just less than two weeks away, on Friday, July 13.

The significant new Awards initiative will celebrate the extraordinary work being carried out by individuals, organisations and clubs which are making an incredible difference in communities all over Ireland in recent years, with the help of National Lottery-funding.

Speaking on the awards, Dermot Griffin, CEO of the National Lottery said: “The entries have been coming in for our Good Causes Awards which has been fantastic. We really are looking to celebrate the role these projects and the people who make them special, play in communities across Co Longford and the rest of the country. Much of the work that such good causes do often goes unrecognised so we are encouraging beneficiaries who have received National Lottery funding, via the various government departments, apply for the chance to have their vital endeavours honoured.”

Mr Griffin continued: “The National Lottery is used to celebrating winners. However we have thousands of winners, unsung heroes who work quietly under the radar to make positive change in their community and our Good Causes Awards will reward reflect that dedication and commitment. The deadline for entries is Friday, July 13 so let’s hope that date isn’t unlucky for some and that as many organisations get their entry in”.

Individuals, community projects and organisations who received Good Causes funding in the years 2014, 2015 and 2016 are eligible to apply. Applications for the Awards are open from today and people can enter and check eligibility at www.lottery.ie/good-causes- awards.

The Awards will have seven categories, with County and Regional finals leading up to the Gala Awards Dinner on Saturday, November 3.

* Sport
* Health and Well Being
* Arts/Culture
* Heritage
* Community
* Youth Affairs.
* Irish Language (Special award to be announced at the Awards final)
Each category winner will received €10,000 and the overall Good Cause of the Year will receive an additional €25,000.

Also read: Staging of Longford Summer Festival to cost in excess of €60,000