Ahead of the visit of Pope Francis to Ireland, Longford John Pauls are wanted for television documentary

Were you named after the pope who visited Ireland in 1979? 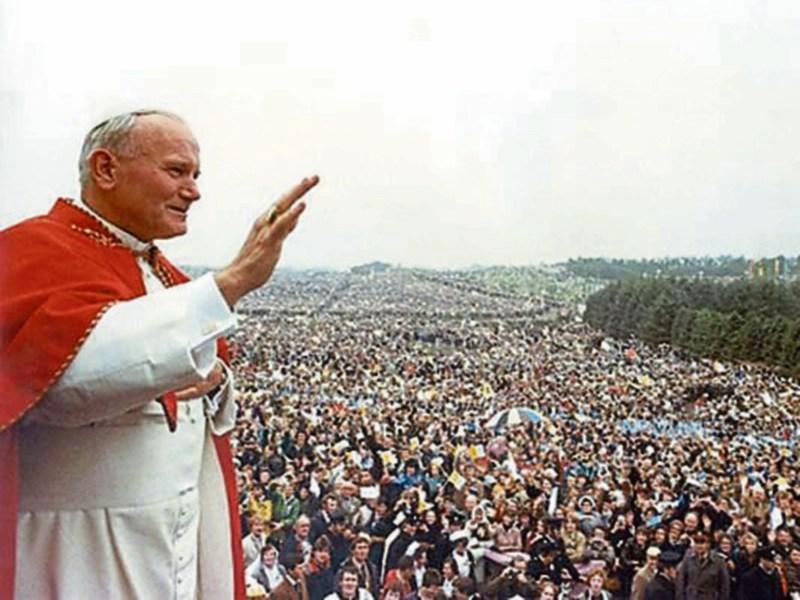 Pope John Paul at the Phoenix Park in 1979

A call has gone out for Longford John Pauls for a new RTÉ One documentary about people named after the pope who visited Ireland in 1979.

With Pope Francis set to make a visit to a 21st century Ireland in August 2018, this documentary profiles the generation of men who were named after the momentous visit of John Paul II in 1979.

One in 10 baby boys born in 1980 were named John Paul after the pontiff’s historic visit, which saw a quarter of the Irish population congregate at the Phoenix Park for his opening Mass.

The producers of a new RTÉ One documentary want to hear from people who were named after the 1979 papal visit.

What has your name meant to you? Which events have marked the watershed moments in your life? Is Pope Francis’ visit a date in your diary or of no interest?

Now aged 38, where are the John Pauls and what can their lives tell us about Irish society now, what we value and where we are heading?

The John Pauls were 10 years old for Italia 90, 28 when the economy collapsed, 35 when the marriage equality referendum was passed.

If you’re a JP or you know a JP, contact producer Maya Derrington of Animo TV on maya@animotv.ie