Maiden victory for Armstrong in Midlands 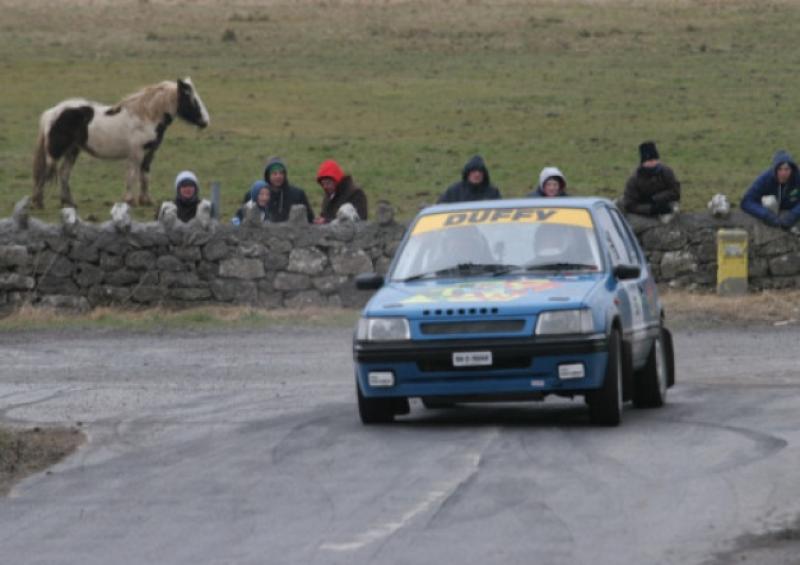 Going into the last stage, he was matched on time by fellow Escort driver, Rodney Wilton, but he managed to pull out a three- second win by the end of the run.

Due to poor weather conditions, number two seed, Garry Jennings, was unable to travel, and extraordinary events early on in the first stage saw Daniel McKenna, in his Scanbits Mark 2 Escort, retire with mechanical failure. After stage three, Wilton was leading with Armstrong in second and Maurice Moffett, navigated by Midland Motor Club member Patrick Brides, slotted into third.

After the second loop of stages, Armstrong had narrowed Wilton’s lead to six seconds, adding “I don’t think I’ll be able to take six seconds from Wilton, but I’ll try my best.” Indeed, he did try his best and over the last three stages, he gained nine seconds on Wilton, taking first place and leaving Wilton in second.

An elated Armstrong said, “I can’t believe this, I truly can’t believe this. When I was younger, I would stand on the hedge and watch the likes of Rodney and Maurice and to think that I have finished in front of them in a rally is incredible. I would like to thank the Midland Motor Club for everything they have done, and I will definitely be back next year to try and do the double.”

Pat Donegan and Alan Keena leap-frogged the Moffett and Brides crew in their Toyota Starlet to take third.

Moffett’s navigator, Patrick, commented, “We tried our very best, but I have to hand it to Christopher Armstrong for a fantastic result today. This time last year was his first time driving a rear wheel drive rally car and now he has won his first event overall. This is a fantastic achievement.”

Castlerea man, Liam Flemming and Stephen Roche finished first in class 10. Barry and Sean Brady were second overall in the Junior Rally in their Honda Civic.

Clerk of the Course, Sean Cahill said “It has been a great success this year and it was great to see all the spectators out in the cold temperatures. We would like to thank all our sponsors, marshals, timekeepers and residents on the route. Without all of these people, it would not have been possible to run the event.”