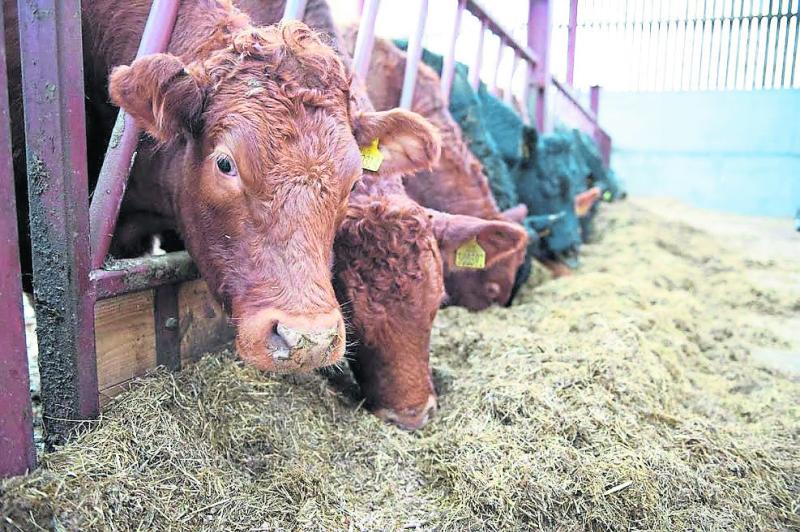 Recently elected IFA National Livestock Chairman, Brendan Golden, said cattle prices are continuing to rise, but much too slowly for finishers who need a substantial price lift at this stage.

He said supplies are much tighter and farmers need to dig in very hard, demanding more on price.

He noted: “Farmers should reject the quoted prices and ask for at least 10c/kg more. Factory procurement managers are cold calling feeders trying to pin down supplies and cut deals.

“It’s well known that many of the big processors don’t have as many cattle in feedlots as usual. They are trying to secure stock for the weeks ahead.

“With 55,000 fewer cattle in the system, based on AIMS data, supplies should get much tighter over the coming weeks.”

Brendan Golden said the base price for steers and heifers is continuing to creep upwards with steers making €3.60/3.65/kg and some top prices of €3.70 paid. Heifers are on €3.65 with €3.70/kg becoming more common.

Mr Golden said prices in our main export market in the UK continuing to rise with R3 grade steers up another 1p/kg for week ending Jan 25th to £3.40/kg, which is equivalent to €4.24/kg incl vat. He said the UK price is 42c/kg ahead of the Irish price.

The IFA Livestock leader said the average R3 price paid by Irish factories for week ending on January 25th, varied from €3.99/kg in Foyle Meats in Donegal to less than €3.75/kg in a number of plants.

He said there is a variation of up to 29c/kg between the top and the bottom, clearly showing that farmers should shop around and that deals are being done way above the quoted base prices.