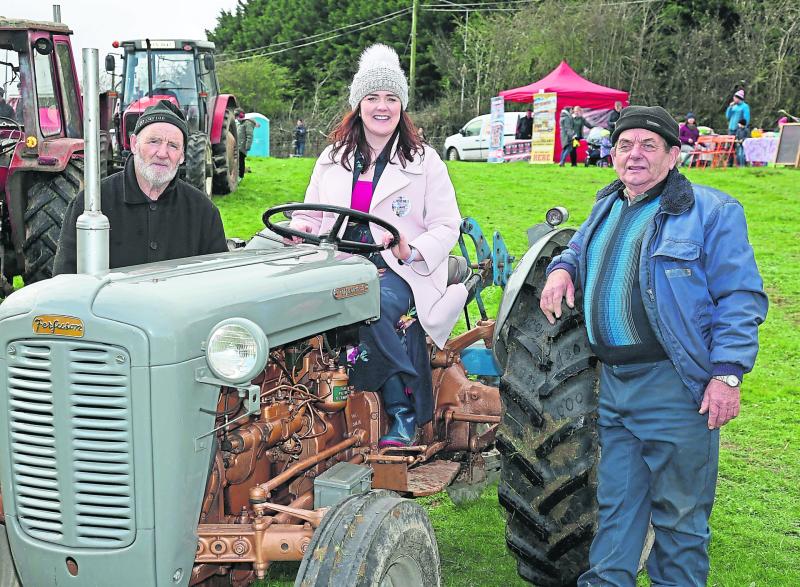 Paddy Whitney, Grace Kearney and Eamon Kiernan pictured with the tractor used for the celebrity ploughing at the recent ploughing championships in Granard. Picture Shelley Corcoran

Anthony Reynolds from Barne, Edgeworthstown added another medal to his bustling collection lately, as he took the top spot in the senior class at the Longford Ploughing championships in Granard, Sunday March 24.

The class was sponsored by Granard Farmer’s Mart and this is not Anthony’s only success in the competitions, as he was also previously the Intermediate champion on three occasions, 1994, 2012 and 2017.

Anthony beat off competition from second placed Matthew Simms of Donegal and fellow Edgeworthstown native Sean Monaghan who finished third, on his way to glory.

Anthony will now go on to compete on behalf of Longford at the upcoming National Ploughing Championships which will be held in Carlow this coming September.

In the other classes in Granard on Sunday, Eimear Monaghan was again named Queen of the Plough, with Joanne Deery of Monaghan beating Roscommon’s Pauline Lavin to the Farmerette open title.

Eimear will now be crowned Queen of the Plough at the presentation dance in Creegan's of Bunlahy on Saturday, April 6, with music on the night by Night Fever.