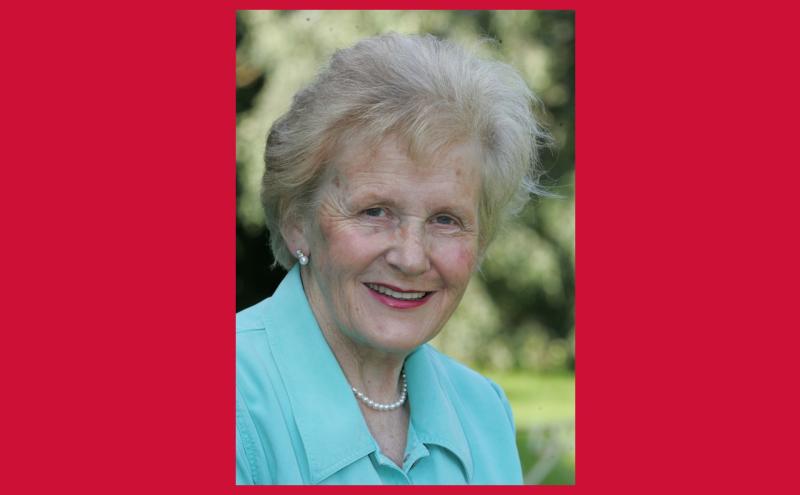 The Managing Director of the National Ploughing Championships Anna May McHugh is being featured in a documentary showing an intimate insight into the life of ‘Banríon An Plough’. The programme will air at 9.25pm on Christmas night on TG4.

The National Ploughing Championships and Anna May have captured the hearts and imaginations of the nation, particularly in recent years.

The Ploughing, as it is known, is a national phenomenon attracting annual crowds of almost 300,000, two thirds of whom are not involved in agriculture.

Anna May who has worked with the National Ploughing Association (NPA) for 67 years, almost 50 of which have been at the helm.

Now 84 years old, she shows no sign of retiring from the organisation, as she embarks on putting together yet another annual event next year in Ballintrane, Fenagh, Co Carlow from September 17 to 19.

Anna May – Banríon An Plough is a one-hour observational documentary following Anna May over the course of four months, in the build up and staging of the eventful 2018 National Ploughing Championships in Screggan, Co Offaly.