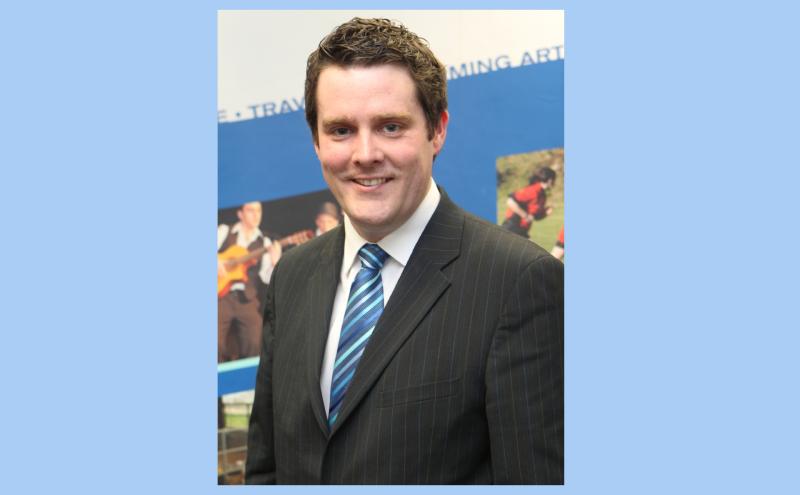 The Chartered Engineer and part-time farmer from Ballinlough, Castlerea, Co Roscommon, holds a Bachelor of Civil Engineering B.E. (Hons) Degree from National University of Ireland, Galway and holds a Certificate in Agriculture. He brings to the role a wealth of experience gleaned in various positions within many community, voluntary, representative and statutory organisations at a local, national and European level over the years.

Prior to joining IrBEA, Seán worked in engineering and management positions with John Sisk & Son (Holding) Ltd over a 12 year period. He took a two-year secondment from Sisk in 2015 to complete a successful term as the 35th National President of Macra na Feirme. He also currently holds the voluntary post of Vice President of the European Council of Young Farmers, CEJA.

Commenting on his new position and the challenges that lie ahead, Seán Finan said “I relish the challenge and opportunity which leading IrBEA presents. I look forward to working with the board, executive committee, membership and executive staff in taking the organisation through its next phase of growth and development.

“The organisation has an invaluable and key strategic role to play in representing and advocating for the bioenergy sector on the island of Ireland and dealing with challenges such as climate change, emissions reduction and the provision of more renewable energy sources into the future. In my role as CEO of IrBEA, I will work with all stakeholders to ensure a sustainable future in bioenergy and to strategically position bioenergy to play a significant role in Ireland’s Sustainability Renewable Energy Roadmap”.

IrBEA President, Des O’Toole, said: "On behalf of IrBEA, I'm delighted to welcome Seán Finan to the Association. I wish him the best of luck and every success in his new role. Sean brings with him a wealth of experience and I believe he will show strong leadership to the organisation at this pivotal juncture as Ireland transitions to renewable and away from fossil fuels.”

IrBEA was founded in May 1999. Its role is to promote the bioenergy industry and to develop the sector. The organisation is a self-governing association of voluntary members.