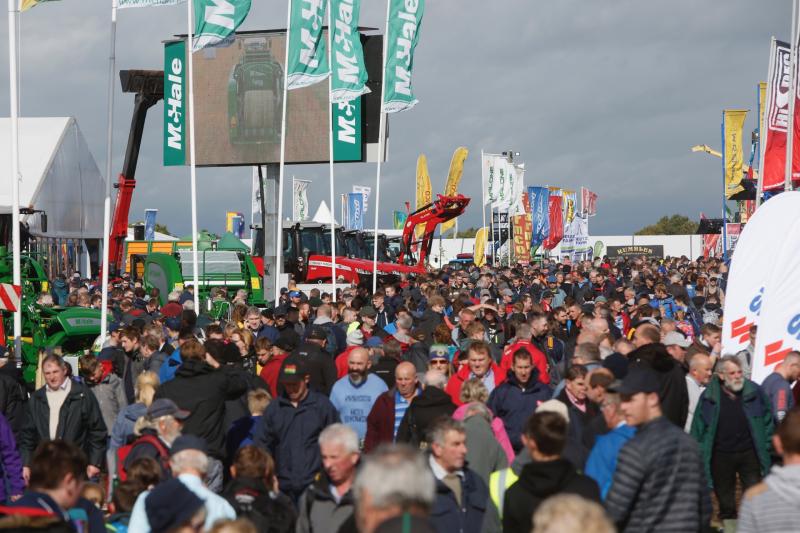 National Ploughing Championships organisers are said to be considering staging an extra day of the event on Friday after the last-minute cancellation of Day 2 on Wednesday.

The event had been given a later opening time for Day 2 due to the passage of Storm Ali over the county, which was the subject of a Status Orange wind warning, but a decision to cancel the day's events was made at around 11:30am.

Thousands of people had already travelled to the site and were waiting in carparks for the exhibitor arena to open as planned.

Anna May McHugh NPA Managing Director stated: “It is with deep regret that due to the adverse weather conditions caused by Storm Ali and following  lengthy consultations with the Gardai, Offaly Emergency Services and Met Eireann and on their advisement it was determined that the site was unsafe to open, and as a result today’s National Ploughing Championships will have to be postponed as public safety is of paramount importance to all at NPA."

"Once the winds have abated today, remedial works will continue in earnest to have the site up and operational for tomorrow’s event. The NPA would like to thank the general public for their patience and understanding. All tickets purchased for today can be redeemed tomorrow," Anna May continued.

Speaking on radio following the announcement, Anna May McHugh said the NPA would approach all stakeholders to determine if the event could be staged again on Friday to facilitate Wednesday's cancellation.

It is not yet clear if Friday will go ahead as a replacement third day, although Thursday is expected to go ahead as planned.