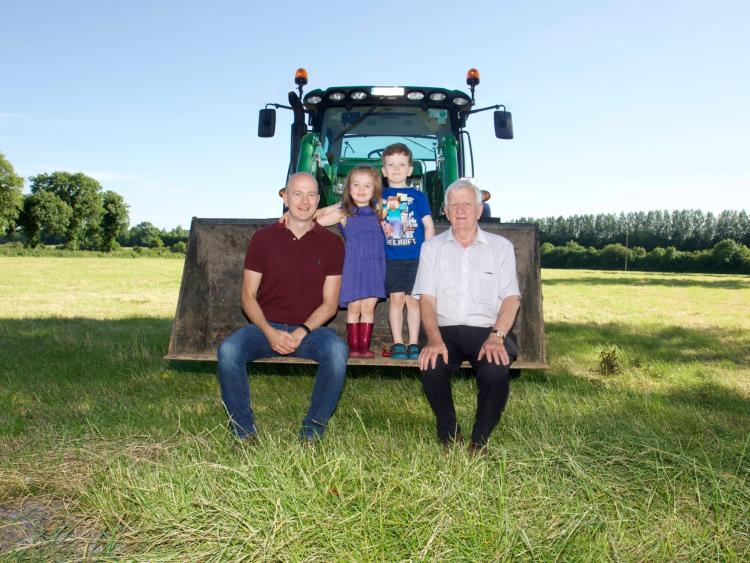 It’s all systems go at the Plunkett’s dairy farm in Lisnamuck this week as the family gears up for the 117th Co Longford Show & Country Fair which is being hosted on their lands this Sunday, July 1.

It’s the second year that the Plunketts have hosted the Show after feedback last year indicated that it was one of the finest show sites in the country.

Speaking to the Leader, Oliver said that everyone was looking forward to the event and the site was in perfect condition for this weekend’s proceedings.

“This year, with the weather the way it was we needed to ensure that the grass was grazed and the silage cut before the Show,” he added.

“We are looking forward to the Show and to the sunshine and the crowds too.”

Meanwhile, Oliver says that Longford Show & Country Fair is among the best in Ireland and with over thousands of euro in prize money up for grabs, the event certainly appears to be in a class of its own.

“The prize fund is very substantial this year and that will definitely bring good quality stock to Longford on the day,” he continued, before pointing out that the children’s entertainment at events such as this was also a very important attraction.

“The Show also provides a great opportunity for the children to get up close to docile animals and that is a wonderful experience for them.”

The local dairy farmers also says that ground conditions are good in Lisnamuck - albeit “a little bit tougher than last year”.
“The Show was very well publicised last year and signposted along the N4 so that brought a lot of interest; the weather was fantastic last year as well, so that helped too,” Oliver added.

“Hopefully it will be the same again this year - we have young children ourselves and they can’t wait to get their faces painted and see the animals.

“The other highlight for me was the mobile bar - I got to have a pint of Guinness in my own field and that was great!
“The bar is back again this year too!.”