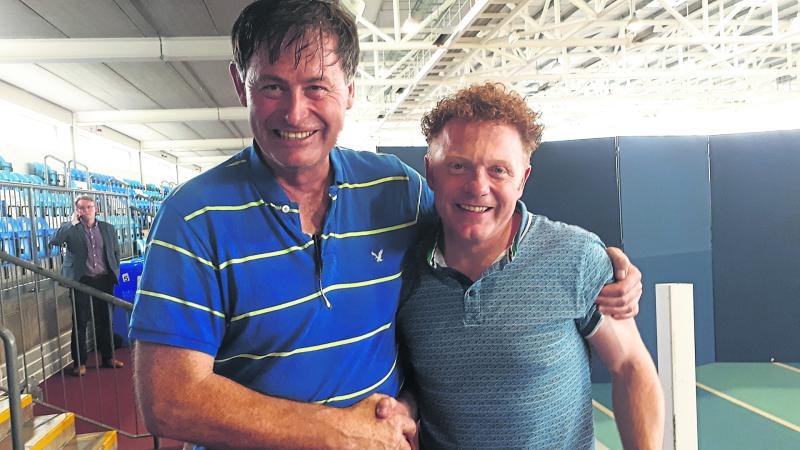 Fine Gael’s dominance at the local electoral polls has been put down to one overriding factor, according to the man tasked with leading the party’s resurgence across the county.

Director of Elections Sean Farrell said Fine Gael’s 40 per cent share of votes countywide had more to do with personalities than any other external influence.

“We had good candidates,” he said on Monday.

“We had two strong candidates in the Granard area in Micheal Carrigy and Paraic Brady.

“We had Frank Kilbride, who was attempting a comeback and given the way Tom Crosby has done a Lazarus act and come back, who was to say and then we had Garry Murtagh, another excellent candidate in the Aughnacliffe and Dromard area.”

Mr Farrell conceded a significant amount of behind the scenes work had gone into maximising Fine Gael’s vote in the hope of securing up to nine seats across the county’s three municipal districts.

The retirements of both Luie McEntire and Martin Mulleady in the Granard area helped underpin that target as the party looked to restore its grip on the power strings of Longford County Council.

“A lot of planning went into it. You cannot micro manage things. Who could see what Turlough McGovern would do?

“I was in Granard on polling day and it was obvious he was going very strongly and certainly strong enough to win a sea,t but we saw an opportunity with two retirements in Luie McEntire and Martin Mulleady.

“I always calculated as Director of Elections that Paraic Brady would poll very strong in Drumlish and that Amanda Duffy would have difficulty staying with them and so it has proved. The figures show that.”

Locally, the figures Mr Farrell alluded to make for striking reading. From the early tallies taken in Athlone on Saturday morning, Fine Gael’s all-round vote share stood at the near 40 per cent mark, a full 15 percentage points ahead of the party’s national figure.

That, allied to the abilities of outgoing as well as new, hungry political hopefuls ensured Fine Gael returned its strongest performance in recent memory.

“There is always issues but to me it is and always has been the unemployment rate,” he said.

“But when you look at north Longford alone, Garry Murtagh was an excellent, excellent candidate and when you consider we had the other two boys already there with proven track records we were always confident of winning three seats.

In tipping his hat to Gerry Hagan over his decision to switch from the north to mid Longford area, Mr Farrell said the homework employed by the party ahead of polling day could not have paid a more handsome dividend.

“Gerry was encouraged to move to Longford and while it was a difficult choice as two thirds of his home parish of Killoe couldn’t vote for him, but he looked at it and saw the opportunity and the figures will back that up.”