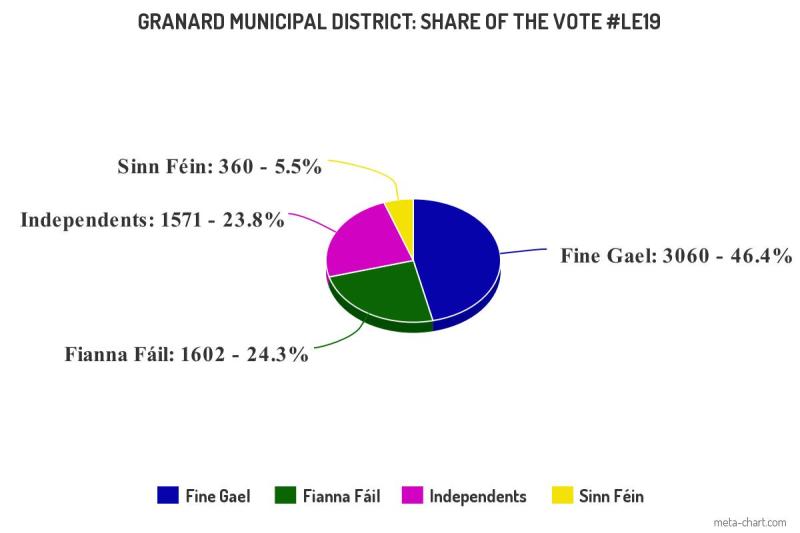 Fine Gael, led by general election candidate Cllr Micheál Carrigy, secured a massive 46.4% of the first preference vote in the Granard municipal district, and they are on course to win three of the five seats available.

Also read: Elections 2019: Granard municipal district turnout was a huge 66.75% even though 666 less votes were cast

By comparison Fianna Fáil's four candidates in Granard MD captured 24.3% (1,602) of the first preference vote, with outgoing Cllr PJ Reilly looking as though he'll be only one elected. Prior to the election FF held three seats but two of their outgoing councillors Luie McEntire and Martin Mulleady have retired from local politics and didn't contest the election.

Two Granard-based Independents Turlough Pott McGovern and Grace Kearney claimed 23.8% (1,571) of the first preference vote between them, with Pott's spectacular 1,280 haul making him the most supported candidate of the 39 that contested the Longford local elections. 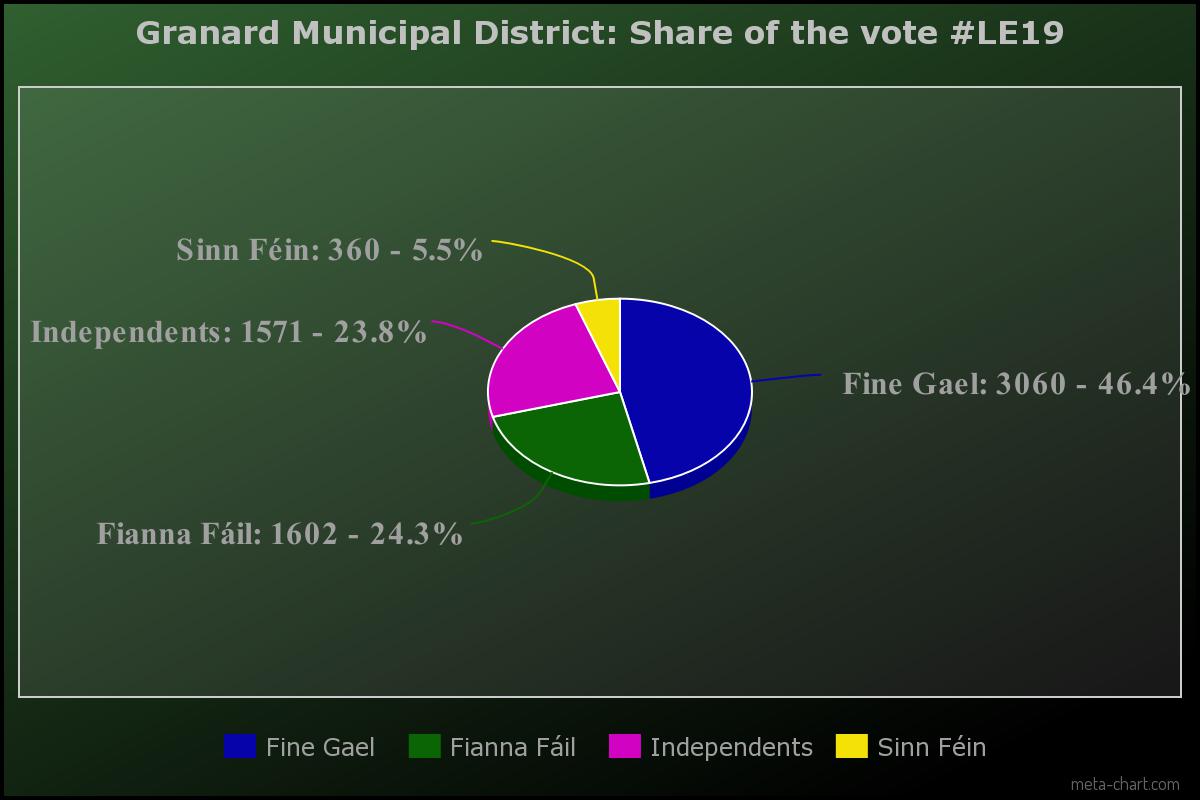