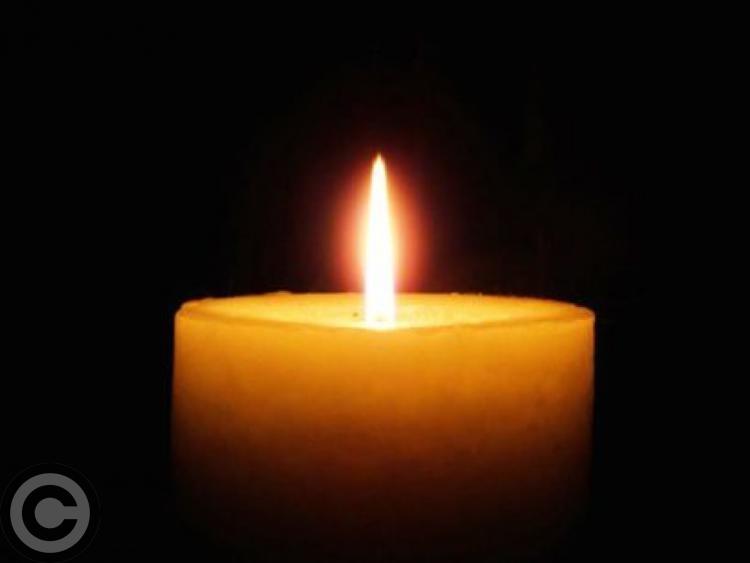 Funeral service to take place on Friday afternoon, March 6 at 2pm in the Victorian Chapel, Mount Jerome Crematorium, Harolds Cross (followed by cremation). "May he rest in peace".

The recent death has occured on Tuesday, March 3, 2020 of Margaret Carley (nee McGrath), Glenview, Castlepollard, Co. Westmeath and native of Ballylanders, Co. Limerick. Margaret died peacefully in the loving care of her family and staff at Newbrook Nursing Home, Mullingar.

The recent death has occurred on Tuesday, March 3, 2020 of Evelyn Connellan (nee Grier), late of Askeaton, Co. Limerick and formerly of Clonbroney, Co. Longford, very peacefully at home after a long illness.

Reposing this Thursday, March 5 at his residence (N39 DD29) from 4 p.m. to 8 p.m. Funeral Mass on Friday, March 6 at noon in the Church of Our Lady of Lourdes, Abbeyshrule, followed by burial in local cemetery.

Predeceased by his parents Michael and Rita. Michael will be greatly missed and remembered with much love and affection by his sisters Regina Clohessy (Dublin), Helen McKenna (Ballinamuck) and Edel McWeeney (Mohill), brothers-in-law Mick, Martin and Padraic, nephews, nieces, relatives, neighbours and friends and the wonderfull Cloonamahon Community. May He Rest In Peace.