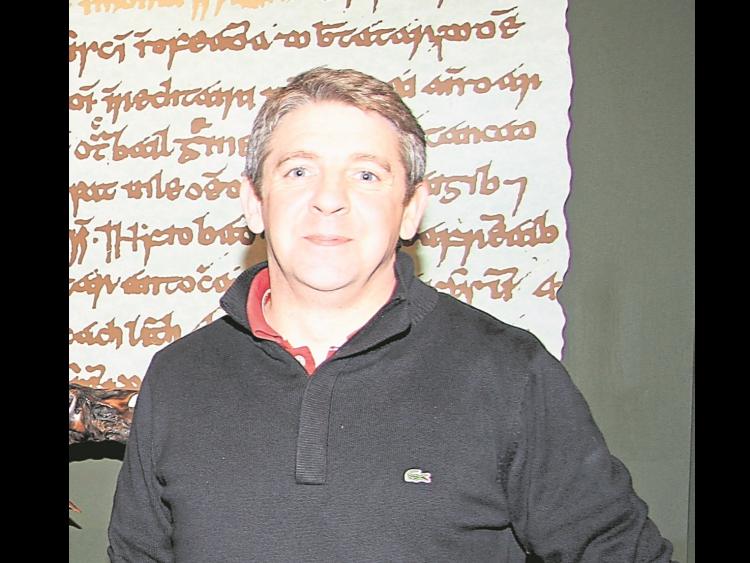 Ed McGoey, owner of the Rustic Inn, Abbeyshrule, has warned that the coronavirus outbreak will lead to recession

Somewhat deflated after a difficult weekend, owner of the award winning Rustic Inn bar and restaurant in Abbeyshrule, Ed McGoey, has vowed that his establishment will reopen once the Covid-19 outbreak is under control.

The renowned Rustic Inn, which has been in operation in Abbeyshrule since the 1970’s, made an announcement on Sunday, March 15, that they were to close their doors temporarily until the Covid-19 (coronavirus) national health crisis passes. The decision resulted in approximately twenty staff being temporarily laid off.

He noted he had never seen anything like this in all of his years of business.

Mr McGoey added: “We had to temporarily lay-off four or five full-time staff and ten to fifteen part-timers as well.

“If we get back open within a month or even a few months, we would maybe be able to battle it out.

“But if it goes on any longer than that you would be very concerned and that’s for sure.”

The Rustic Inn is one of just many Longford restaurants that has closed their doors temporarily or has closed and is offering a delivery service due to the Covid-19 pandemic. Although Mr McGoey admitted that there is ‘always a danger’ many businesses may never open their doors again after this crisis, he remained defiant that the Rustic Inn will be back stronger than ever.

“There’s always risk in business, but I would be extremely confident that we will be back open,” he said.

“As soon as this passes, we will be back. I won’t say back to normality, but we will find a new normal.

“We will adjust to it. We are resilient.”

Vowing that they will get back to where they were prior to the outbreak, Mr McGoey paid tribute to each and every single member of staff, who not only took the news of their temporary lay-offs well, but also offered to defer the payment of their wages until a later date.

He said: “When we were paying wages on Sunday, each and every one of them offered to defer payment or not take payment, or take payment at a later date.

“Each and everyone of them were unbelievable.”

Mr McGoey warned that the devastating loss of income from having no St Patrick’s day, Mother’s day and Easter weekend, could lead to another recession in Ireland. He said the onus is now on state institutions, banks and Revenue to ‘get off the mark’ to help businesses and employees through the tough times ahead.

“There is going to be a bit of a recession on the back of this,” he warned.

Also read: Response group to be set up in Longford in response to Covid-19