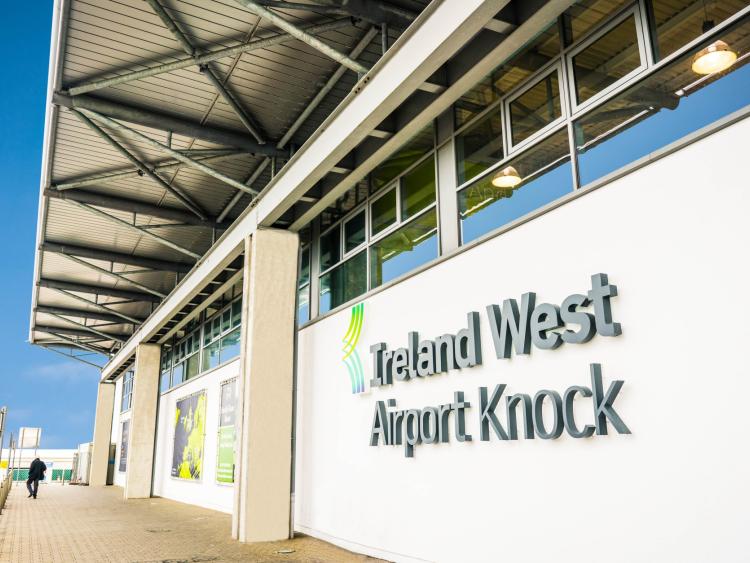 2018 has proven to be the busiest year on record at Ireland West Airport with passenger numbers climbing to over 770,000 for the first time in the airports history, surpassing the previous record of 750,000 passengers achieved in 2017. The passenger figures represent the third consecutive year of record passenger growth at the airport.

Despite the ongoing concerns over Brexit ,within the aviation industry in particular, the growth in passenger numbers in 2018 was fuelled by a very strong performance across the range of UK services available at the airport, with an extra 21,600 passengers travelling to and from the UK, which represented a 3% increase on 2017 numbers.

Passenger numbers using Flybes services to Birmingham, Edinburgh and Manchester reached record levels whilst over 82,000 passengers travelled on the London Gatwick service with Aer Lingus - the highest number of passengers using their service since the route started in 2009. In addition Ryanair recorded its busiest ever year for passenger numbers using its Bristol service in 2018.

Services to Continental and Mainland Europe continued to perform strongly with over 110,000 passengers availing of flights to a range of European destinations such as Alicante, Barcelona, Malaga, Lanzarote, Milan, Tenerife and the Costa Dorada  and Palma services with TUI Holidays.

2018 was a memorable year as the airport welcomed Pope Francis for a historic visit in August which marked another milestone in the airport’s history. The airport also embarked on a €15m investment programme aimed at transforming and modernizing the airport to ensure the facility will meet the future needs of both our airline customers and passengers. A number of major projects were completed in 2018 including the upgrading of toilet facilities, an enhanced arrivals area, new way finding directional signage and the opening of a new state of the art Visitor Discovery Centre in November.

Commenting on the 2018 performance, Arthur French, Chairman, Ireland West Airport said: “We are delighted to have had a record year in 2018 with passenger numbers reaching over 771,000 for the first time in the airports history which is good news for the regional economy, for tourism, and for job creation, both at the airport and in the wider economy. This is the third successive year of growth at the airport with almost 100,000 extra passengers using the facility since 2015.

"I would like to express our continued thanks to our customers, airline and tour operator partners, stakeholders, tourism groups, local authorities and Govt representatives for their ongoing support in helping us to continue to grow passenger numbers and develop international connectivity for the region. I would also like to say a special word of thanks to the staff at the airport for their hard work and continued focus on ensuring the customer and passenger experience through the airport is both a safe and welcoming one in light of what was very challenging weather conditions in 2018. We look forward to another strong year in 2019."

2019 is forecasted to be another record year boosted by the recent announcement of a new twice weekly service to Cologne with Ryanair, which will commence in June 2019. In addition Ryanair will increase capacity by 33% on its twice weekly service to Barcelona which starts in April. Further good news is the extension of their Bristol service to now operate all year round which will provide for a further 14,000 seats in 2019.

May 2019 will see work commence on the rehabilitation of the airports 2,400 metre runway. The overlay, which includes a complete resurfacing and the installation of new ground lighting systems is required to ensure that the runway continues to meet the strict regulations governing the operation and specification of runways at major airports. Runway 26/08 which opened in 1985, has seen over 10 million passengers land and take off on it and is a critical element of the airports infrastructure. Further projects to be undertaken in 2019 including upgrading and enhancing the airports departures area as well as further improvement works across the airport site.

The continued investment in the airports facilities will further enhance the airports reputation as the faster, easier, friendlier airport of choice for those travelling to and from the West, Midlands and North West of Ireland providing passengers with a positive, modern, airport experience.

ALSO READ: Over €225,000 allocated to Longford through the Community Enhancement Programme