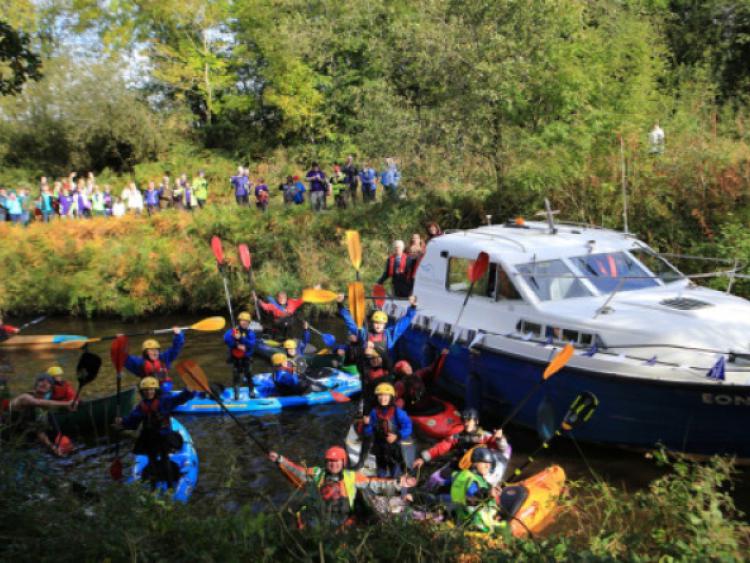 The recently launched Shannon Blueway is the first project of its kind in Ireland, with Waterways Ireland developing and combining several activities, including a canoe trail from Drumshanbo to Carrick-on-Shannon, and a series of looped walks along the Lough Allen Canal. Another canoe trail along the Shannon-Erne Waterway, along with a walking and cycling trail.

Now it is hoped that a similar scheme could be established in Longford to develop the tourism potential of the county’s main waterways.

“Over the coming months, we’ll be meeting with the relevant agencies to discuss the possibility of developing something similar,” said Seadna Ryan of Longford Tourism’s Trail’s Development Project.

“It would be a fantastic addition to the county’s other trails at Derrycassin Woods, Commons North, Newcastle Woods, Edenmore Bog, the Royal Canal Walk, and the Slí na Sláinte walk.”

Regarding the launch of the Blueway in Leitrim, Waterways Ireland’s Chief Executive, Dawn Livingstone, said that partnership was the key to delivering the project.

“Waterways Ireland has invested significantly in creating world-beating facilities and services on the Shannon Navigation. Through our partnership with the National Trails Office, Canoeing Ireland, Leitrim Tourism, and Leitrim County Council, an outstanding multi-activity Blueway has been provided on the Shannon, which is now being packaged by clubs and communities for their recreational activities, and companies and organisations for domestic and international tourists.

“Partnership is key to delivering the future of the Shannon Blueway further into Leitrim, and indeed into Roscommon, Longford, and Cavan.”