Ballymahon teacher throws her name into the General Election hat 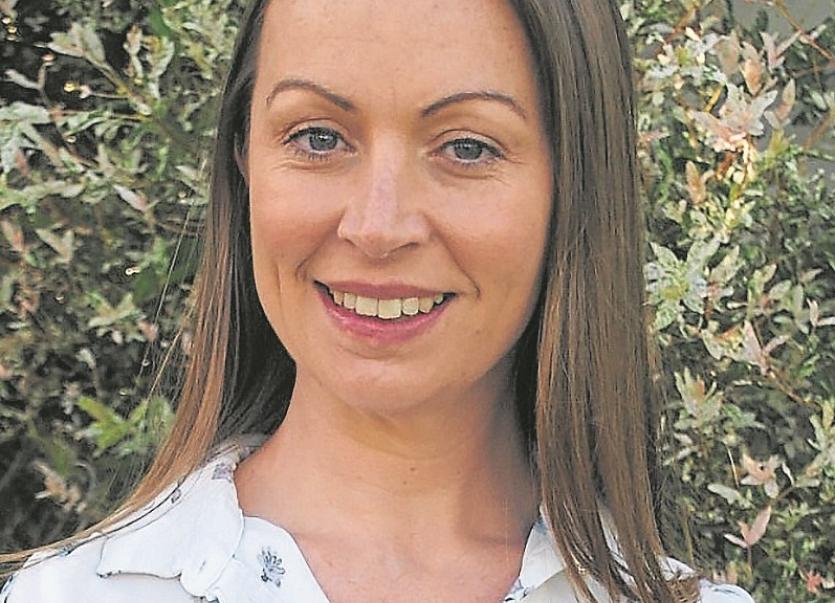 Green Party’s Julie O’ Donoghue has announced that she will contest the next General Election on behalf of the party in Roscommon/Galway.

Ms O’ Donoghue (35) lives in Roscommon town and has been a teacher in Mercy Secondary School, Ballymahon since 2009, where she teaches Spanish, French and CSPE. Her husband, Brian Higgins, has recently been appointed principal of Ballymahon Vocational School. They have two children, Fionn (4) and Ailbhe (1).

Julie has volunteered with organisations at both local and national level. She has served on the National Committee of the charity “Friends of Breastfeeding” and organises their peer support group in Roscommon for parents and children.
She campaigned with 'Roscommon Together for Yes' on the repeal of the 8th Amendment. She is also a founding member of 'Plastic Free Roscommon' and a member of 'Athlone Extinction Rebellion'.

She stated, “I have campaigned on a number of social and environmental issues over the last few years. Politics was never part of my plan but I have come to the realisation that, in order to effect change, you need to be where policy and legislation is made. I joined the Green Party for their environmental policies and progressive values.

“The Climate and Biodiversity Emergency is the defining issue of our time. As a mother of two very young children, it is of huge concern. This is no longer an issue that will impact future generations. This is a serious threat to the futures of our children and grandchildren.

“We are also facing multi-billion euro fines over the next few years if we fail to meet our environmental obligations. The science is clear – we need to change and we need to change quickly. However, we must ensure that the change is fair to everyone. Too many politicians are pushing a false 'rural Ireland versus the environment' narrative. I believe that we need to invest in environmental actions that will protect workers and will bring benefits for rural economies and communities.”

Ms O'Donoghue said she will focus on a broad spectrum of issues such as housing, health, education and childcare.
She said, “I value social equality and believe that our economy needs to be people-centred to ensure a good quality of life for everyone.”

Ms O'Donoghue also voiced her displeasure at the news that the Cuisle resort will close later this month.

She stated, “I have spoken to many people about the sad and shocking news that Cuisle Accessible Holiday Resort is due to close at the end of the month.

“Not just locally but also nationally, there is widespread support for saving Cuisle. The service that is being offered is absolutely invaluable to people with disabilities and their families and it is the only one of its kind in the country.

“Cuisle caters for people who would never have a trip away if it weren’t for the service and, very often, it provides the only respite for carers. It is invaluable because it is a place where having a disability isn’t a barrier to having a good time with peers when so many of our public spaces are completely inaccessible. There are people around the country whose annual trip to Cuisle is something that they look forward to all year and their only social outlet.”

She then pledged her commitment to helping save the facility.

“I have spoken with members of the national charity, Ataxia Foundation Ireland, who are devastated to hear of the planned closure and have assured me that they are willing to do whatever it takes to save Cuisle. Everyone I spoke to emphasised the incredible service provided by staff and the value of the facility. I have no doubt that we will be able to get other service users, families and charities to row in behind a campaign to save Cuisle.

“As the sister of somebody who uses a wheelchair, I am keenly aware of the lack of facilities for people with disabilities in this country. In an absolutely ideal world, everywhere would be accessible for everybody. As that is not the case, the very least we can do as a society is to save facilities like Cuisle that support some of the most vulnerable among us.

“This goes to the heart of what we value as a society and what we are willing to stand up and fight for. I am absolutely committed to working to save this invaluable facility and I will support everyone who is doing the same.”