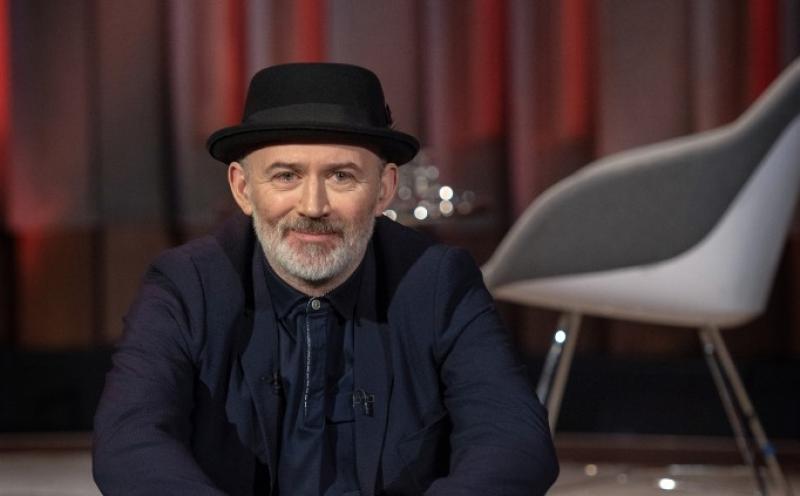 He's a master of improvisation and quick-thinking on his feet, and Tommy Tiernan returns to screens this May, flying by the seat of his pants, with a host of interviewees that both he and his live studio audience have been kept in the dark on.

Running over eight weeks on Saturday nights on RTÉ One, Tommy will be faced with a plethora of guests, and he may or very well may not have a clue as to who they are when he welcomes them to the stage.

Speaking ahead of the return of the show, Tommy Tiernan said: "The chat show is unusual in the way that it creates a space where anything can happen and I feel very lucky to be in the hands of such wonderful researchers who really are the people that put the whole thing together. I just turn up and talk, they’re the ones who curate it."

"The guests as well show a remarkable amount of generosity in agreeing to do it with me because it's a conversation without a safety net."

Justin Healy, Executive Producer RTÉ Comedy Commissioning said: "We are very excited to bring Tommy's unique take on the chat show to Saturday nights on RTÉ One. Tommy has a way of connecting with people instantly, a skill which is a joy to watch."

"To have a host completely in the dark as to who is going to walk on to the set is a gamble that only Tommy could pull off. From internationally known stars to lesser-known faces, Tommy gets them to reveal an awful lot of themselves which at times is compelling and at times uncomfortable, but always engaging. Tommy is unprepared for this show in the best way possible."

The show has been a major hit after a pilot was shot in December 2015 and subsequently broadcast to very positive reaction. Following on from this, a six-part series was commissioned on RTÉ One in early 2017, followed by a second series in 2018.

Audiences and critics alike were impressed by both previous series with Vogue Williams, AP McCoy and Russell Howard among Tommy's interviewees in series one.

In 2018, Hollywood starlet Fionnuala Flanagan, former Munster and Ireland second-row Donncha O'Callaghan and actress and writer Sharon Horgan were among the guests.

Viewers can catch their favourite interviews from season one and two of the show on the RTÉ Player now.

The Tommy Tiernan Show airs on RTÉ One from Saturday, May 4 at 9.30pm.