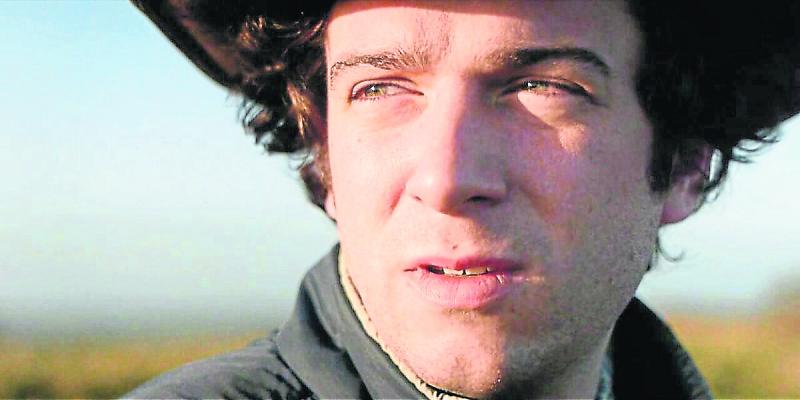 Padraig Conaty's 'No Party For Billy Burns' will be screened on Thursday at 8.30pm in Cooney's Hotel.

Festival season in Ballymahon is far from over with the highly-anticipated Still Voices Short Film Festival kicking off this weekend.

Taking place from Thursday 16 to Sunday 19, the festival has a spectacular programme ready to go in Ballymahon this year.

Four venues in the town will play host to the festival; The Bog Lane theatre, The Library, Cooney’s Hotel and Skelly’s Bar.

With over 100 short films, national and international feature films, documentaries, Q&As, exciting panels and family-friendly segments, there is something for everyone to enjoy.

With almost 500 short films from 53 countries submitted this year, 100 were selected In-Competition with another 24 screening Out-of-Competition.

The In-Competition selection will play over 24 programmes repeated from Friday morning until Sunday morning.

The audience will be able to enjoy a vast selection of different films within each programme; from national to international, animation to live action, documentary to fiction.

Every short film is a must see but some highlights include two-time academy award nominated director Marshall Curry’s 'Night at the Garden', 'Fry Day' by Laura Moss and the recent winner of the best short drama award at Galway’s Film Fleadh 2018, 'Wren Boys' by Harry Lighton.

The animation short category has some of the best animated films from around the world including Ireland’s own Louise Bagnall who recently received the best animated short film award at the 2018 Tribeca festival for her film 'Late Afternoon'.

Other highlights include Tribeca-nominated 'Fire in a Cardboard City' by Phil Brough and 'After All' by Michael Cusack to name but a few.

If all this wasn’t enough, there is a special screening of the BAFTA winning short film 'Cowboy Dave', followed by a Q&A with director Colin O’Toole on Thursday evening.

2018 sees the return of the ever popular Made in the Midlands programme, which highlights local short films made in and around the midlands region.

There will also be plenty of shorts to catch in the out-of-competition selection on Thursday afternoon and family-friendly shorts in the Kids' Corner programme on Saturday morning.

In addition to all the wonderful shorts, there are plenty of feature films to look forward to over the weekend.

'No party for Billy Burns' the directorial debut from Padraig Conaty, opens the festival on August 16.
The film tells the story of cowboy-obsessed Billy Burns who is lost in the dreary fields of Cavan.

Friday night plays host to the haunting drama 'Good Favour' by Rebecca Daly. Rebecca, who debuted 'Good Favour' at TIFF 2017, will be in attendance for a Q&A after the film.

On Saturday, Michael Pearce’s gripping mystery 'Beast', featuring a standout performance from Irish actor Jessie Buckley is not to be missed.

Our panel discussions this year are sure to excite film lovers and film makers alike.

The 2018 festival will see the return of the Women in Panel, which was one of the most popular events at last year’s festival.

This year’s panel focuses on The Female Voice which will discuss female representation on screen.

This year’s panel will host some of the most acclaimed women within the film industry and academia.

There will also be a short film panel and animation panel, which have some of the most exciting emerging talent from the Irish film industry.

There will be plenty of opportunities to meet and chat with fellow film makers and film lovers throughout the weekend and be sure to call into the filmmaker’s feast in Skelly’s Bar on Saturday night.

The final day of the festival features the wonderful family-friendly animation 'Mary and the Witch’s Flower', a magical adventure for young and old, from former Studio Ghibli director Hiromasa Yonebayashi.

This will be followed by the magnificent documentary, 'The Farthest', which recounts the rich and fascinating story of the Voyager mission.

The film has received rave reviews from across the globe and will be followed by a Q&A with the Emmy-nominated, multi award-winning director and editor Emer Reynolds. Don’t miss the chance to see this epic voyage on the big screen.

Following 'The Farthest' on Sunday afternoon is the beautiful and poetic short 'Twilight' by Ireland’s premier auteur, Pat Collins.

Tickets available from Skelly’s bar and from the website www.stillvoicesfilmfestival.com.