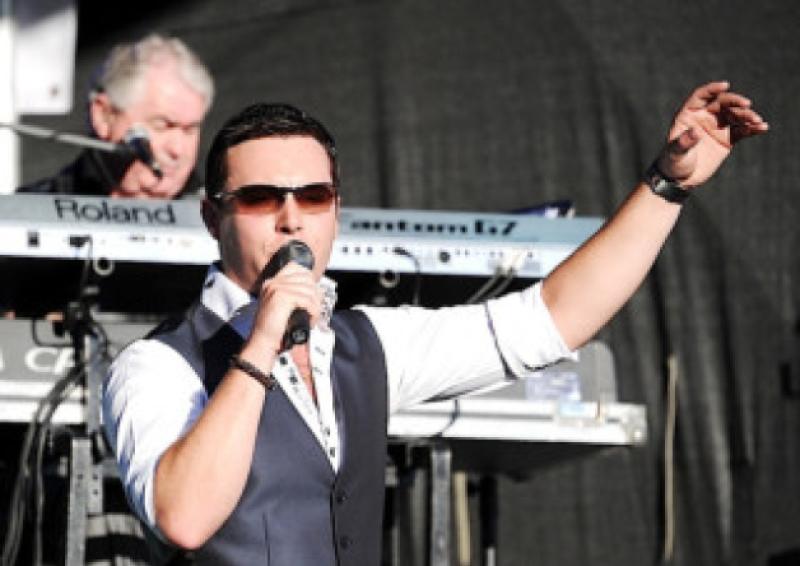 “Ah one day I’ll get my wish to play The Marquee In Drumlish,” sings Nathan Carter, in “If I get an encore” from his hit album “Wagon Wheel”.

“Ah one day I’ll get my wish to play The Marquee In Drumlish,” sings Nathan Carter, in “If I get an encore” from his hit album “Wagon Wheel”.

The young country star’s wish is set to come true, as he headlines the Festival alongside Declan Nerney on Saturday, August 17.

Nathan explains that he has known Declan since he started out on the road, adding that the Longford man had been a very good help to him. When Declan suggested playing at the Marquee, Nathan admits he “jumped at the chance.”

Credited with introducing a whole new generation to country music, Nathan is delighted that more young people are going to country gigs. “It’s fantastic to see” he adds, explaining that when he was younger, he attended a number of country gigs, but not many of his age group were interested in it.

Born in Liverpool, Nathan’s love of music began at a very young age. “I grew up being heavily involved in traditional Irish music” he explains, adding that he had competed in the Fleadh Cheoil, even scooping the top prize for traditional singing in 2005.

Only on the road with his band since 2009, Nathan has forged ahead on the country music scene.

His rise on the country music seems seem unstoppable and in just a few short years , he has packed out venues across the country and developed a cult following among young and old. Nathan’s success has coincided with a revival in interest in the country music scene in general . With Declan Nerney, Mick Flavin and Mike Denver continuing to draw great crowds, the new kids on the block such as Nathan and Derek Ryan are opening up the world of country music to a younger generation. He has a packed schedule at the moment , with a number of festivals and gigs lined up, and the recording of his new ‘Live in Concert’ DVD taking place on Saturday, September 28 in The Aura Leisure Centre, Letterkenny, Co Donegal. Nathan has also just released his newest album “Where I Wanna Be”, which was launched in Dungannon, where he met hundreds of eager fans who lined up to meet the star.

Meeting the fans, the star admits, is one of his favourite parts of the process. While Nathan says that he enjoys “being up there on stage and doing what I love to do”, he admits that he loves greeting those who come to his gigs, marvelling at the fact that a group travelled from Kerry to see him in Donegal just last week.

While Nathan is quick to credit Drumlish’s Declan Nerney for his ongoing support, he jokingly acknowledges that Mr Nerney got him out of deep furrow earlier this year in Longford as well.

“I was helped a lot by Declan” he laughs, admitting that he “didn’t have a clue” how to work Declan’s vintage tractor. “It was a great day” he concludes. Such was the feedback, it is little surprise that Nathan is back in Longford so soon, albeit on more solid ground!

Nathan Carter will play the Marquee in Drumlish Festival alongside Declan Nerney on Saturday, August 17. Tickets cost €20 and will be on sale on the door. nFor more information, visit www.themarqueeindrumlish.ie/