‘No better place to be’ for celebrations 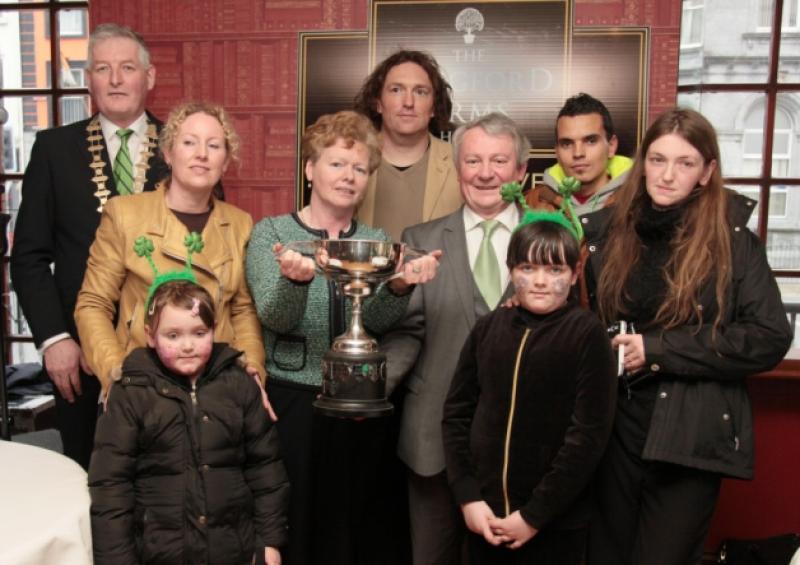 Though the rainclouds threatened to make an appearance, it did nothing to dampen spirits in Longford, as the town’s St Patrick’s Day parade got underway.

Though the rainclouds threatened to make an appearance, it did nothing to dampen spirits in Longford, as the town’s St Patrick’s Day parade got underway.

Speaking to the crowd, new President of the Longford Chamber of Commerce, Fintan McGill said; “In the shadow of the Cathedral that celebrates another of the great Irish saints, St Mel, I am certain that there is no better place to be today than here in Longford town.”

This statement seemed to ring true, with the town’s streets lined in green, white and gold as crowds gathered to view the parade, which, Fintan added, showcased “the very best that Longford has to offer”.

Weeks of hard work went into preparations, as local groups, schools, clubs and companies; from the Royal Canal Amenity Group and Co Longford Ploughing Association to Shawbrook and Grass hopper dance schools, prepared their entries into the parade. With plenty of colour and entertainment on offer, no-one was left disappointed.

Grand Marshal for this year’s parade was IRFU President, Pat Fitzgerald, who was accompanied by the six nations trophy, which was won in a nail-biting match against France at the weekend.

Music was provided by the pipe band, and a number of the schools, while country superstar Garth Brooks and rugby hero Brian O’Driscoll made an appearance on the South Longford Macra float.

Many other familiar faces were in attendance, including the Teletubbies, Dora the Explorer and Hello Kitty, who all cheerfully greeted spectators. The parade also featured a wide variety of animals, with local animal welfare groups proving a big hit on the day. A fly-over by Abbeyshrule Aerodrome, a flash mob by the students of Meán Scoil Mhuire and a daring aerial rescue display by the Longford Fire Service rounded off the day’s events.

Addressing the huge crowd in attendance, Fintan acknowledged those who have emigrated, adding that his thoughts are with their families and loved ones for whom it is a tough time.

Prizes were presented following the parade in the Longford Arms Hotel. The inaugural ‘Spirit of the Parade’ award went to Brian Crosby, while St Joseph’s NS walked away as Best Overall winners for the third year in a row.