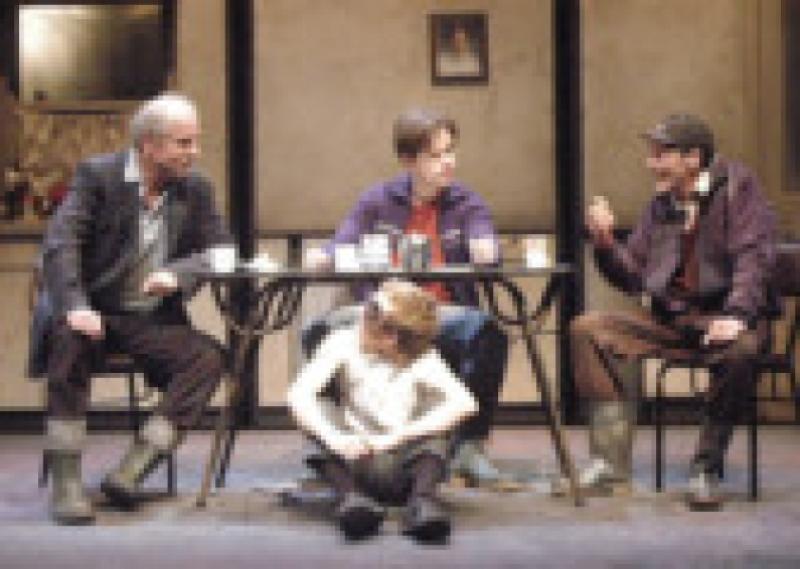 After their unforgettable tour of ‘A Skull in Connemara’ in 2013, Galway’s Decadent Theatre Company are back with a national tour of one of the most anticipated theatre productions of 2014.

After their unforgettable tour of ‘A Skull in Connemara’ in 2013, Galway’s Decadent Theatre Company are back with a national tour of one of the most anticipated theatre productions of 2014.

The debut play of Stuart Carolan, author and creator of RTÉ’s hit show ‘Love/Hate’, ‘Defender of the Faith is a brilliant thriller, set on an Armagh farm in 1986.

It tells the story of an IRA family that is falling apart under the strain put upon its members when the IRA interrogator, JJ, visits.

Suspicion reaches a tipping point in the family unit after a botched operation, and set with the task of executing the mole in the group, JJ’s arrival upsets the balance.

A Pandora’s box of confusion, cruelty and paranoia is unleashed upon the family, as for JJ everyone is considered a traitor and an accomplice.

The father, Joe, his son Thomas, and a long-serving farm hand, Barney, all fall under suspicion and the family’s isolated farm becomes the environment for an electrifying investigation into loyalty, friendship and love. ‘Defender of the Faith’ is chillingly real, with moments of black comedy and an atmosphere taut with menace.

Receiving rave reviews from audiences and critics alike, ‘Defender of the Faith’ will be brought to the Backstage Theatre on Saturday, November 8 at 8.30pm. Described by the Sunday Independent as “required viewing’, and noted as “a marvelously charged and emotionally intense and menacing drama” by The Examiner, this show is one not to be missed.

Tickets, priced €18/€16 are available by calling 043 33 47888 or online at www.backstage.ie. Please note the production contains strong language and is recommended for ages 15 and upwards.

‘Defender of the Faith’ is listed among an excellent winter line-up at the Backstage Theatre.

Carolan’s play will be followed up from November 12-15 with the Transition Year Takeover production of ‘Tarry Flynn’, which will see students of St Mel’s College and Meán Scoil Mhuire take to the stage.

Yet another talented local group will be in the spotlight later in the month, when Longford Variety Group presents ‘The Time of Our Lives’ from November 19 - 22.

Renowned comedian Pat Shortt will pay a visit on November 29, while ‘The Far off Hills’ on December 5 and 6 is guaranteed to provide an excellent night’s entertainment.