Movie magic at the LY Factor 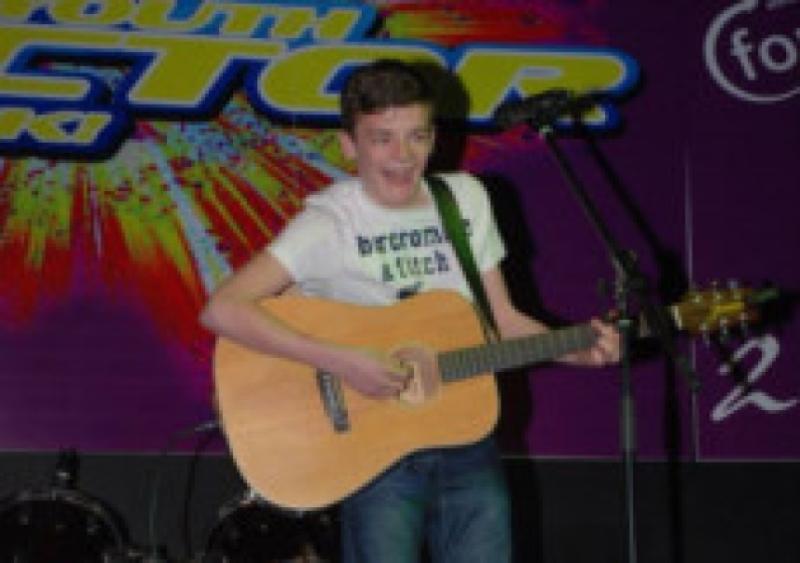 Round two of the Longford Youth Factor took place on Saturday night and once again the crowd was not left disappointed with thirteen contestants providing a great deal of entertainment.

Round two of the Longford Youth Factor took place on Saturday night and once again the crowd was not left disappointed with thirteen contestants providing a great deal of entertainment.

The theme of the night was ‘movie soundtracks’ and both old and new movies were represented by our talented participants.

Making his debut in the competition was Moyne CS student Eamon Keogh, who was an instant hit with the crowd performing Christina Perri’s ‘A Thousand Years’. Judge Maureen Dunne said that Eamon was worth waiting for, while MC Benny O’Brien compared him to Tom Jones due to all the female attention he received. It is clear that Eamon is an act to watch in the coming weeks!

Grease’s Danny Zuko and Sandy Olsson made a long overdue return to the stage in the form of dancing duo Clodagh and Amy, with Paul Gurney describing the act as “the performance of a lifetime”. ‘Pitch Perfect’ was represented twice in the competition, with Roisin Costello taking on David Guetta’s ‘Titanium’ and Gemma Reilly performing her rendition of Dr Dre’s ‘No Diggity’. Though both are songs that would test any vocalist, they did not faze either of the Meán Scoil Mhuire students, who both provided exceptional performances.

Mercy Secondary School, Ballymahon was well represented with two contestants. Katie Higgins did not miss a note during her performance of Adele’s ‘Skyfall’, while Lynn Fox performed current chart topper ‘Happy’ by Pharrell. Smiling throughout her performance, Lynn certainly meant every word!

The crowd went wild for our only rapper of the competition Edmund Omegbemi, who performed ‘Lose Yourself’ by Eminem. The judges commented on how Edmund had such powerful physical energy about him, adding that he was the most passionate contestant they have seen in the competition ever. Both bands Hot Fuse and Jayel rocked their way in to the semi-finals, performing Nina Simone’s ‘Feeling Good’ and The Monkees’ ‘I’m a believer’ respectively.

Sadly, we had to say goodbye to three acts on the night, Robyn Hinkley, sister duo Jamie and Saoirse and dancer Robin Duke.

The organising committee wish to thank all the dedicated volunteers, Foróige staff, supporters, Youth Committee and funders for all their continued support with the competition.

The LY Factor returns next Saturday, January 25 with doors open at 8pm and the show beginning at 8.30pm. The show finishes at 10.30pm and parents are reminded to collect young people directly after the show.

Any national school students must be accompanied by a parent or guardian. As with all Foróige events, alcohol is not be permitted under any circumstances either outside or inside at the event. Thank you for your continued support and understanding. If you have any queries about the event or if you wish to volunteer with the Attic or Foróige please contact Ruth Mc Garry Quinn at torccafefoodhall@yahoo.ie or 0872626806.