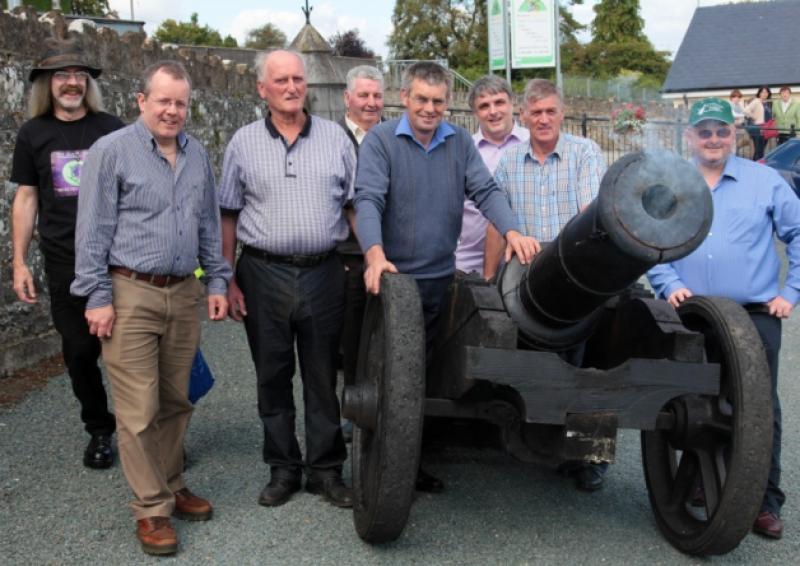 Last weekend saw the historic villages of Ballinamuck, Granard and Ardagh host a series of events to commemorate the 1798 Rebellion.

Last weekend saw the historic villages of Ballinamuck, Granard and Ardagh host a series of events to commemorate the 1798 Rebellion.

The commemoration took place to honour the memory of those who fought in the Rebellion battles across the county, one of the most famous being the Battle of Ballinamuck.

It took place on September 8, 1798 and marked the defeat of the main force of the French incursion in Ireland.

Guests were invited from France because of the country’s central part in the events in Ireland during that time.

Indeed, the Battle of Ballinamuck was the last pitched battle fought on Irish soil. There, a combined French and Irish army was defeated by a superior British force. General Humbert, the French leader, went on to fight the British again at New Orleans in 1815.

Organisers also extended invitations to New Orleans and hope to develop close intercultural links there in the future.

Over the course of the weekend, visitors came from all over the country and from the US in their pursuit of information and it became a weekend of celebration of culture and heritage that was enjoyed by young and old alike.

Some of the highlights of the programme included walking tours of the battle sites at Granard and Ballinamuck, as well as Ardagh village, with music, song, story and historical talks included.

“It provided an ideal opportunity for all of us to delve into the history of this crucial episode in Ireland’s and Longford’s history,” said organiser, Martin Smyth.

“There was a big crowd at the cannon event and the talk with Dr Mel Farrell proved very interesting. In fact it was very effective and succeeded in opening up a whole new area of discussion.”

There were large gatherings too for the tour of the local battle sites, which was conducted by Pat Donnelly.

“There were people over from America who were very interested in this particular aspect and there was great excitement when we visited the house where Tenor Blake was waked,” Mr Smyth continued. “On the cultural side of things we had local musicians and a number of musical people from Armagh as well, so there were some excellent music sessions throughout the weekend.

The Corcoran family from outside Granard proved a huge hit with spectators as did Ciorcal Comhrá Ard Mhacha all the way from Co Armagh.”

Whether or not the event will take place again is still uncertain. However, it is anticipated that the local community will stage a complete re-enactment of the Battle of Ballinamuck in 2015, and organisers of this year’s event say they will support it.

“We will most definitely be assisting Ballinamuck with that, should it go ahead,” Mr Smyth added. “I would also like to take the opportunity to thank Mary Carleton-Reynolds and Rosemary Gaynor for all their help and support throughout.”

The 1798 Rebellion was the most widespread of all the Irish Rebellions. Eleven counties rose against English rule over six months, leaving 30,000 dead.