All set for ‘A Marriage of Connivance’ 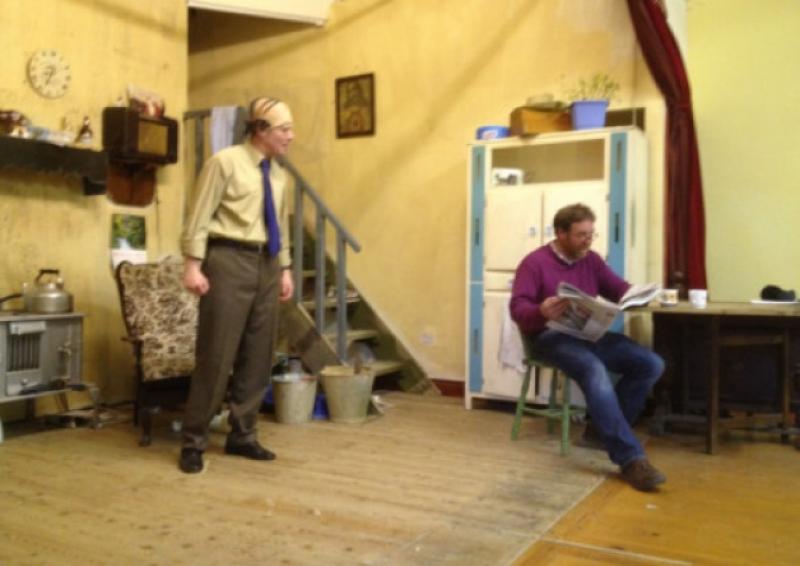 The Latin School Players in Moyne are making final preparations for their production of ‘A Marriage of Connivance’, which will be staged in the Latin School Community Centre this weekend.

The Latin School Players in Moyne are making final preparations for their production of ‘A Marriage of Connivance’, which will be staged in the Latin School Community Centre this weekend.

“The story is based around two brothers in their 50s,” says Chris Donohoe of the Latin School Players. “The play centres around two middle-aged bachelor brothers and could be set in any Irish rural area in the 1970s or early ‘80s. The eldest brother, James decides to take matters into his own hands when his brother John Anthony decides to get married. James goes about finding a woman for himself and what follows results in a hilarious comedy with a bit of a twist at the end.”

A Marriage of Connivance was written by Mayo-based playwright Michael J Ginnelly, and it is the continuation of a fantastic relationship the group have built up with him.

“It’s the third three-act play of his that we have staged,” Chris explains. “We realised comedy content goes down very well in this area, and he is a great writer of comedies. We’ve built up a great rapport with him and he actually contacted us and suggested the play to us.

“It was only performed once or twice before and that was about 20 years ago in Mayo. Michael has updated it and it will be the first time it has been staged in the Midlands.”

Directing the production is Jim Williamson from Arva, who returns to the position after directing the group’s last production in 2012. “Jim is involved with several groups, including the Cornmill and Beez Kneez and we are delighted to have him on board again,” smiles Chris.

Speaking about ticket sales to date, Chris says “they are selling fast. We have are limited to 180 spaces for each performance so it is a ticket only event. We’re advising people to buy their tickets as soon as possible to avoid disappointment.”

Chris adds that the Latin School Players’ productions brings the people of the local area together: “Not only do we have local people acting and helping out backstage, it also brings out a real sense of community spirit in the Dromard area.

“A lot of people like to get involved with ticket-selling, as stewards, and even making tea and sandwiches for the cast afterwards. It’s just fantastic.”

A Marriage of Connivance will be staged this Friday, April 26, Saturday, April 27, and Sunday April 28. Tickets cost €10 and are available from local shops.