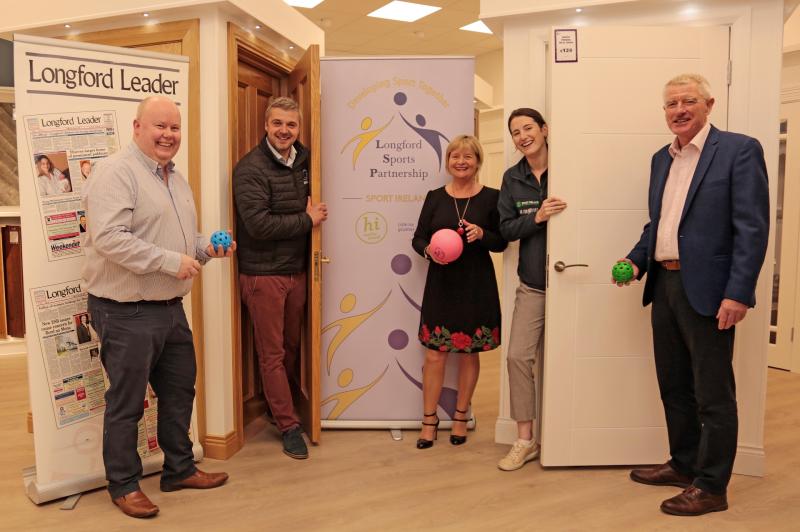 When Ganly’s were first approached to sponsor the Longford Leader and Longford Sports Partnership Sports Star awards in 2017 they did not hesitate to support this local event, and this relationship continued through 2018.

And Ganly’s, celebrating thirty years in business, are delighted to renew and continue their sponsorship of the highly successful awards scheme in 2019.

The awards are a natural fit for Ganly’s in that it allows them to support local sports people and clubs across all sporting activities in the county, whilst encouraging a young generation of athletics.

As the holder of several nationally recognised awards, Ganly’s understand the importance of events like this in keeping standards to a high level, in encouraging young athletics to excel and reach their full potential, and in acknowledging excellence.

Brian Ganly, Manager of Ganly’s Longford, said “Awards are not only a representation of hard work and dedication, they can act as important motivators to keep high standards, maintain discipline and help in setting and reaching goals. We are delighted to be involved with the Longford Leader and Longford Sports Partnership in bringing deserved recognition and acclaim to the sporting heroes of Longford.” 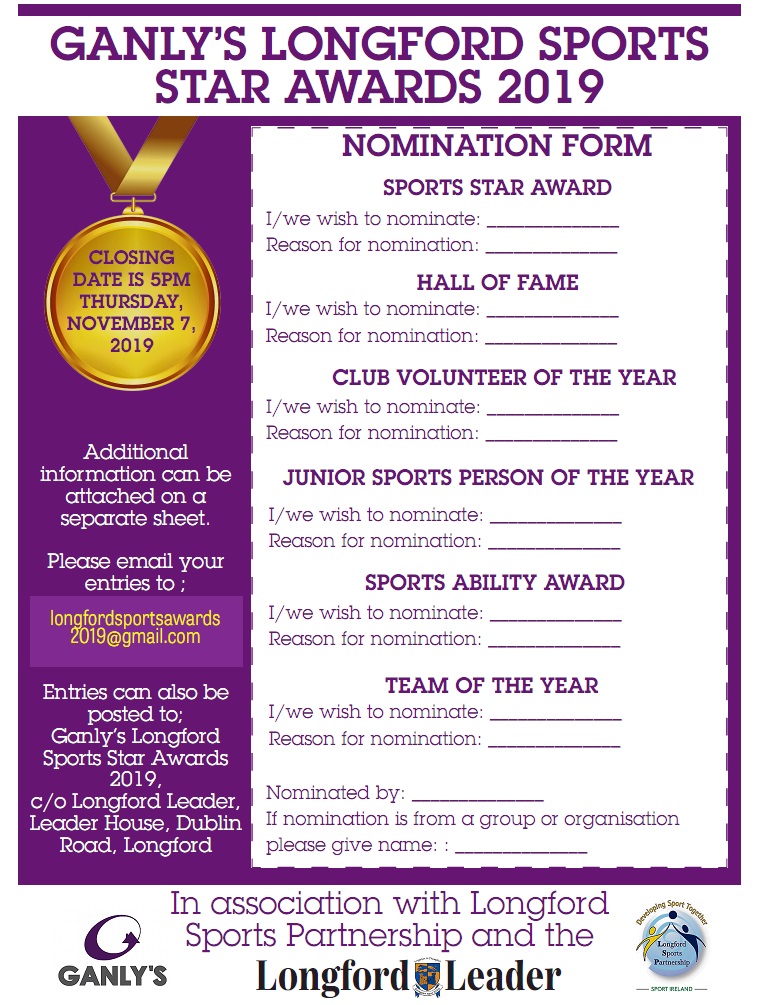 Ganly’s were established in Athlone in 1989. They are celebrating their 30th anniversary this year, and they expanded into Longford in 2008 and Mountbellew in 2011.

This year has seen a major investment in the Longford store with a total refurbishment of all showrooms and retail space, leading to several new product ranges on offer to their customers.

Serving the local communities that they form part of is important to Ganly’s, and events like the Sports Star awards offer a great opportunity to do just that.

Ganly’s hopes that these Sport Star awards will bring deserved recognition to local athletics and encourage and inspire young sports people in the county.