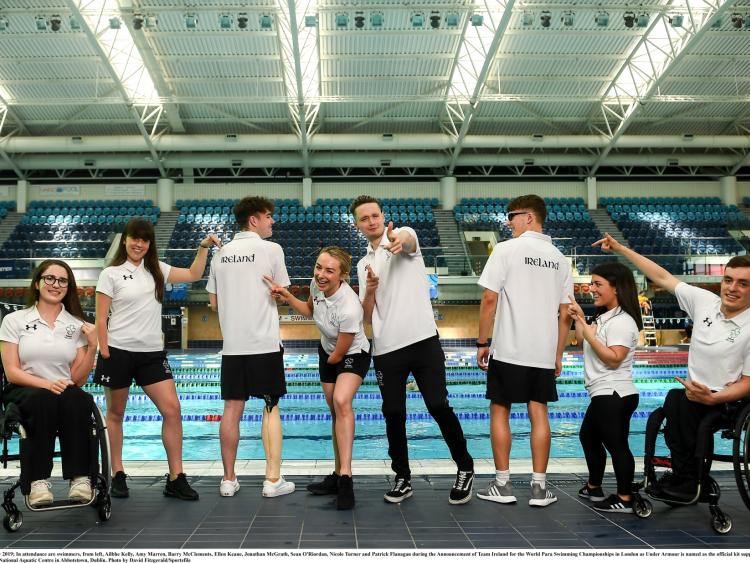 Longford's Patrick Flanagan is part of the Irish team that will compete at the World Para Swimming Allianz Championships in London this September.

He tweeted that was he was proud to be selected and has six weeks preparation ahead of his first World Championships.

The eight person team was announced this week at the Sport Ireland National Aquatic Centre and they will be the first Irish paralympic team to compete in the new Under Armour team kit which will be supplied by Under Armour’s Teamwear Partner; Dreamsport.

Proud to make this team 6 weeks of work until my first world champs https://t.co/fPxQWSHgyu

Patrick Flanagan (UCD), who was agonisingly close to winning a European medal in Dublin last year, will compete at the World Championships from September 9 to 15 at the London Aquatics Centre.

Amy Marren will make her debut appearance for Ireland and she previously represented Great Britain at the Paralympic Games in Rio 2016 where she won a bronze medal.

The World Para Swimming Allianz Championships will represent the first opportunity that Team Ireland will have to secure slots at the Paralympic Games that are being held in Tokyo next year. The gold and silver medal winners in each event will automatically secure slots for their nation at the 2020 Paralympic Games.