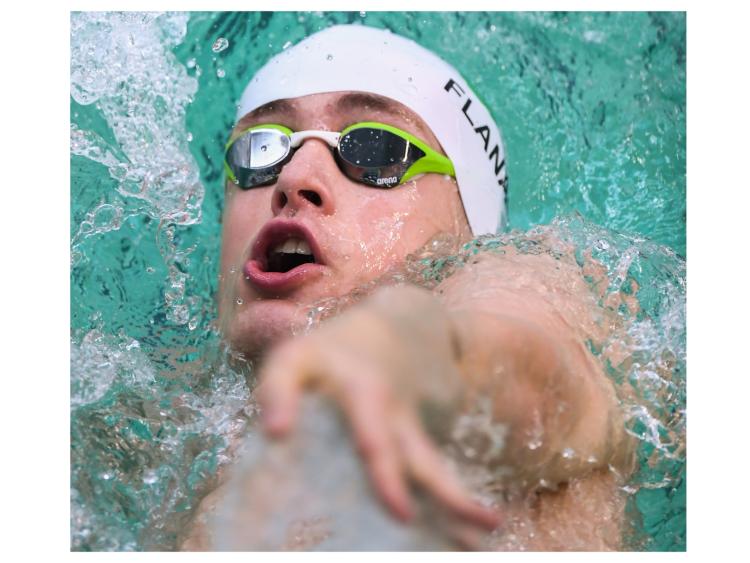 There was heartbreak for Longford swimmer Patrick Flanagan this evening as he narrowly missed out on a bronze medal by 0.26 of a second in the final of the Men’s 400m Freestyle S6 at the European Para Swimming Championships in the Sport Ireland National Aquatic Centre.

The 21-year-old UCD student swam brilliantly and he was pipped to the touch for third place by Israel's Yoav Valinsky.

My pretty amazing cousin Patrick Flanagan was pipped at the post for a bronze medal in the 400m freestyle at the World Paralympics this evening. #winner

It was Patrick's third final of these championships. On Tuesday, Patrick featured in the final of the Men’s 200m Individual Medley SM6 where he recorded a time of 3:20.31. While on Thursday, he reached the final of the 100m Backstroke S6, finishing in fifth place in 1:25.78.

What the closing moments of Patrick Flanagan's 400m Freestyle S6 final via this tweet ;

One of the closest battles we have seen!

Tremendous effort for between Yoav Valinsky and home favourite Patrick Flanagan Heartbreak for Flanagan as Valinsky does just enough to finish on the podium. What a race! #Dublin2018 @ParalympicsIRE pic.twitter.com/D9vsbQJx9k

What a race from Patrick Flanagan!! So so close to claiming Ireland’s first medal, he touched in 4th place in 5.40.14, just .26 away from Bronze #Dublin2018 ☘️ pic.twitter.com/y4KjngS1jR

Patrick Flanagan has had so many close calls this week with a medal, and despite missing out he consistently smiles and gives you his time. He’s the true definition of a sportsman #Dublin2018 @ParalympicsIRE @AllianzIreland