Longford's Darragh Greene was on fire earlier this morning at the FINA World Championships in Gwangju, South Korea as he advanced to the 50m Breaststroke semi-final in an Irish record time of 26.94.

It is is Darragh's second national record as on Sunday he went under the Toyko 2020 Olympic Qualification time in the 100m Breaststroke.

The Longford man can now add the first Irishman under 27 seconds in the event to being the first to break the minute barrier in the 100m event.

He said afterwards, "I feel really good, it was kind of a perfect race, I’m looking forward to this evening’ Greene commented ‘I really wanted to get back for a night swim, especially just missing out by one place (in the 100m Breaststroke), so yeah I was really fired up for it." 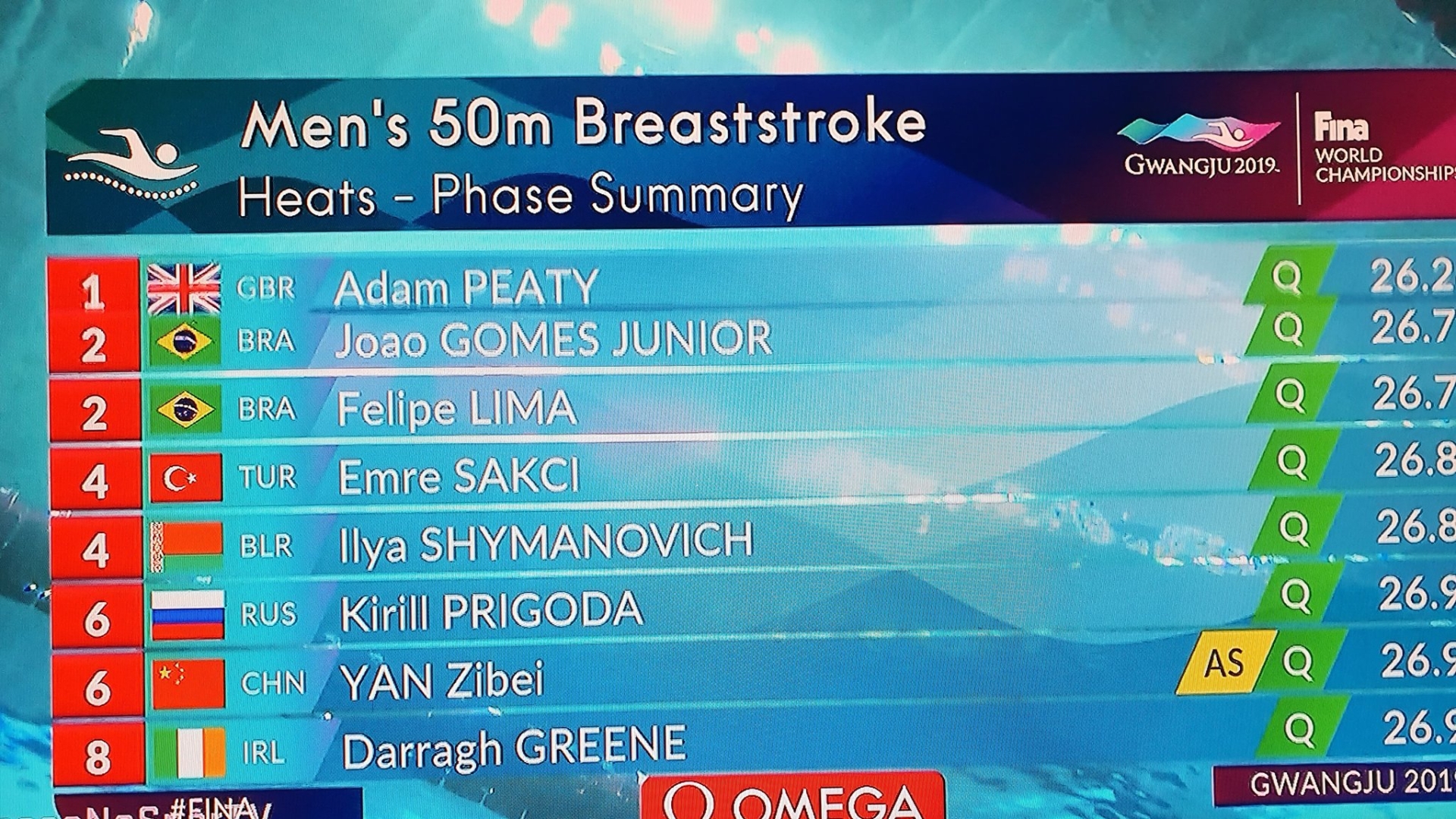 WHAT A SWIM! @GreeneDarragh is through to the 50m Breaststroke SEMI FINAL!

Darragh Greene is on

Another Irish swimmer also made it through to the semi-finals. Brendan Hyland made his first appearance at the championships and had the swim of his life in the 200m Butterfly.

A new Irish Record of 1:57.09 secured him a place in the semi-finals in 14th place overall. Hyland knocked .12 off the record he had set at the Irish Open in March.