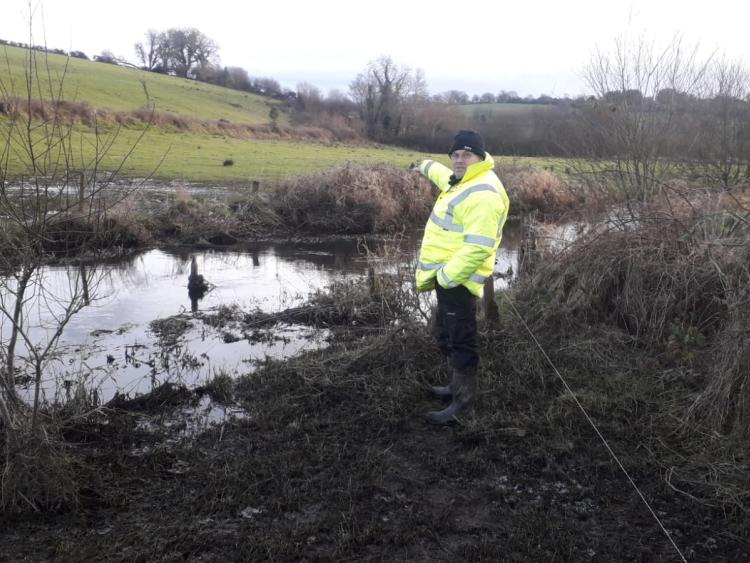 Joe Murphy points to where the three provinces of Ulster, Connacht and Leinster meet at a point in North Longford. An ambitious local group want it to be the centre point for a new greenway that will link the towns of Longford, Carrick on Shannon and Cavan

A Dromard group want to pioneer one of the most ambitious greenway projects in the country.

Headed up by local community champion, Joe Murphy, the group plan to capitalise on the fact that three provinces meet at a point in the North Longford parish.

The unique project could provide a greenway linking Carrick on Shannon, Longford and Cavan with obvious tourism potential.

The community activist has been working closely with TDs Joe Flaherty and Brendan Smith (Cavan) and Cllr Paddy O'Rourke in Leitrim, and the proposal will seek to build on the annual festival in Arva which celebrates the convergence of the three provinces in the local area.

Mr Murphy has been working closely with local man, Gerry McCabe, on the project and its understood that officials from the three local authorities will meet later this month to look at advancing the ambitious project.