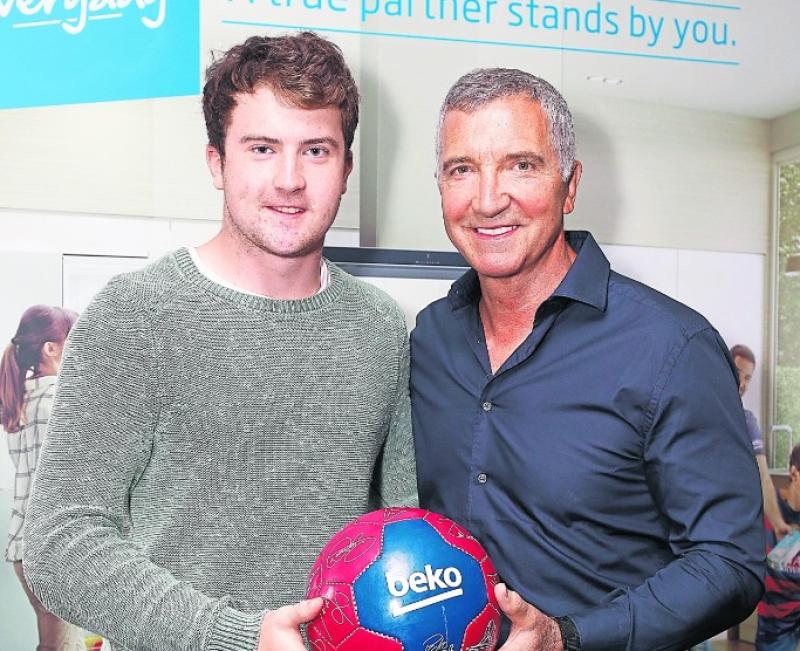 Tributes are being paid this morning to young Longford man Ciaran O'Boyle who died tragically in New York.

The 22-year-old student of computer science at University College Dublin spent the summer in Canada and had travelled down to New York earlier this week to meet with friends when tragedy struck. It is understood he was due to come home this weekend.

Ciaran was found unconscious and unresponsive outside a building on Gates Avenue in Brooklyn by NYPD officers responding to a 911 call. He was later (Thursday, August 22) pronounced dead at a nearby hospital.

The NYPD said it appears the death was accidental and it's understood the deceased may have fallen from a building.

Ciarán, who was skilled at computer programming and software engineering, received his primary education at Melview national school and his secondary education at St Mel's College before heading to UCD where he was studying for his degree.

"The club would like to extend its deepest and heartfelt sympathies to the O’Boyle family on the tragic and untimely loss of Ciarán.

"To his mum and dad, Paddy and Jacinta and to his brothers Kevin and Patrick and sister Rachel and to all his extended family and friends.

"Both Kevin and Patrick are club players, involved with our seniors and minors and Ciaran was also a former club player.

"Our thoughts and prayers are with the O’Boyle family at this very difficult time. Ar dheis Dé go raibh a anam dilis."

Longford County Council Cathaoirleach, Cllr Micheál Carrigy said news of the tragedy had yet to sink in.

"Its terrible to hear," Cllr Carrigy said. He added, "My sympathies go out to the family at this sad time."

Cllr PJ Reilly was equally shocked. "For a young man to lose their life in a accident like this is so, so tragic. My sympathies go out to the family at this time."

Longford GAA in New York also extended their sympathy to the O'Boyle family.

"The club would like to send their deepest sympathies and condolences to the family of Ciaran O’Boyle from Clonguish, following his sudden and tragic death here in NY. May he rest in peace!"

A close friend of Ciaran's also posted on Facebook: "I continued meeting Ciaran occasionally after we both finished our Leaving Cert and we both kept in close contact with one another until recently.

"As one of his best friends, I am totally devastated to learn of his death and I will miss him so much. Our thoughts and prayers are with Ciaran's family at this extremely sad time."

The New York Police Department says their investigation is ongoing.

The Department of Foreign Affairs and Trade is providing consular assistance.