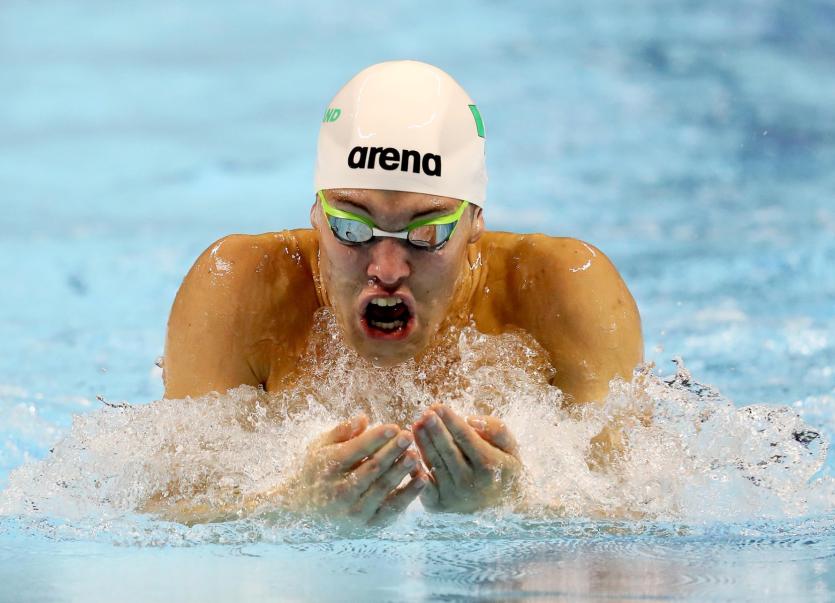 Longford's Darragh Greene admitted he was 'happy' to be Ireland’s first swimmer to go inside the Tokyo 2020 Olympic Qualification time at the 2019 FINA World Championships in the heats of the 100m Breaststroke in Gwangju, South Korea.

However, despite smashing the Irish record, and while his 59.82 was .11 under the FINA A time for Olympic qualification and pre-validates the National Centre Dublin swimmer for the 2020 Games, he just missed out on a place in the semi-final by seven hundredths of a second in 17th place overall.

Speaking after the race, Greene commented, "Bit of mixed feelings with the result, I can’t complain, I stood up, did a job, got my pre-validation for the Olympic Games in Tokyo, so to do that first day of the competition, yeah I’m happy. It really is a tough competition, to stand up with the worlds best, everyone’s swimming fast so it’s good to get that under the belt."

You have to feel for Darragh Greene of Ireland. You post a sub-60 time for 100m breast and you still can't make the semi-final. That's how much this event has moved on and continues to move on thanks to @adam_peaty @jameswilby. ‍♂️ pic.twitter.com/jmQnkBSaac

Congrats to @GreeneDarragh on a new Irish NR in 1breast! @swimireland #Gwangju19

Fantastic @GreeneDarragh - delighted for you!