Having won the Irish Open Show jumping event in Mullingar, the talented quartet of Aisling McGreal (Ballinalee), Rebecca Lyons (Melview), Edel Whyte (Legan) and Rebecca Yorke (Ardagh), went on to be crowned International Show jumping winners at the UK Championships and their achievements saw them win favour with the Longford voting public in a text poll prior to last Friday’s gala awards banquet in The Sin Bin Event Centre.

Aisling, Rebecca Lyons and Edel - the fourth member of team, Rebecca Yorke was unable to attend and she was represented by her mum Irene - along with their families and supporters, were overjoyed after MC Tony Ghee revealed they were overall winners.

Aisling spoke about the skill, effort and preparation required to be successful, while Rebecca said their triumph in the UK was a ‘one in a lifetime’ win and she also pointed out that the English teams weren’t expecting their Irish counterparts to sweep the boards. Edel praised their mentors and support network at Longford Pony Club for leading them on the road to glory. 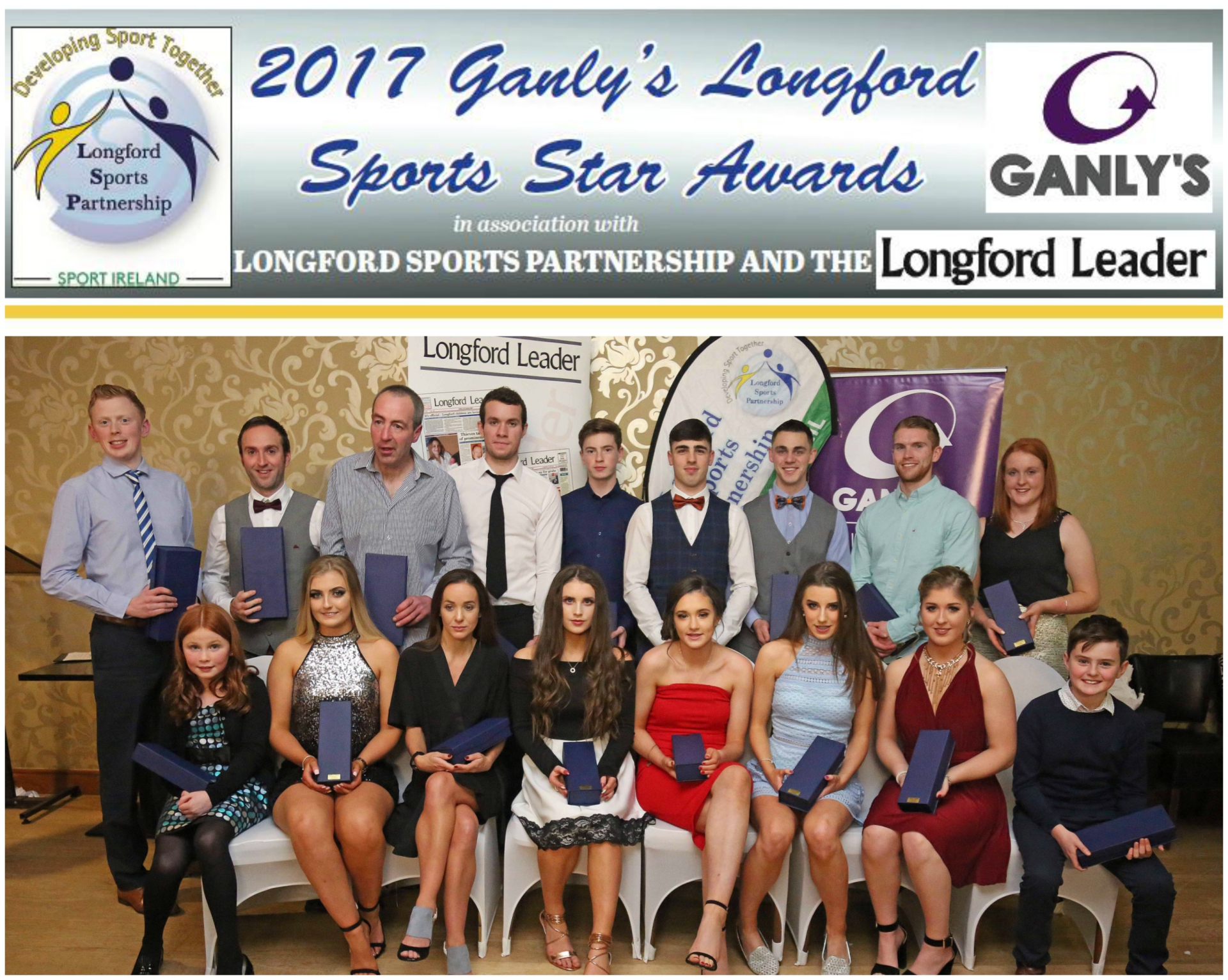 in association with Longford Sports Partnership and the Longford Leader